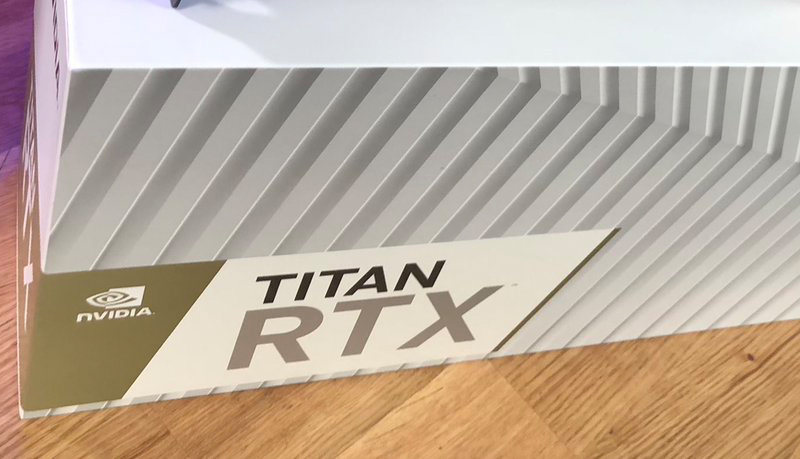 NVIDIA’s RTX Titan has surfaced in the wild. Some popular YouTubers like Linus Tech Tips and JayzTwoCents have posted teaser pictures of the RTX Titan, so it looks like NVIDIA has taken the liberty of providing a limited number of cards to select personalities.

We probably all expected that NVIDIA would release a Titan GPU based on its Turing architecture, so what’s surprising is how soon the card is arriving.

The RTX Titan ships in a white package that looks quite similar to the RTX 20-series Founders Edition cards. In addition, the photos show a dual-axial cooling fan system that’s not unlike the one on the Founders Edition models.

However, to set the RTX Titan apart from the pack, NVIDIA has replaced the silver finish with a more luxurious gold color. This is the same color that NVIDIA used on the GTX Titan V, and the Titan branding on the side of the card also glows a stark white as opposed to the green on the RTX 20-series cards.

Finally, the card draws power from dual 8-pin power connectors. NVIDIA hasn’t released the specifications for the card yet, so we’re still missing details like TDP and clock speeds.

What’s interesting is the manner in which the card was revealed, or rather, teased. For example, Linus makes a show of searching for an item on the WAN Show, before seemingly retrieving the RTX Titan on accident and having to put it back. Similarly, Slo Mo Guys host Gavin Free made an Instagram post supposedly centered on his kitten, but you can see his PC in the background and a GPU with the Titan branding. More tellingly, the caption says that Ziggy the kitten is helping him upgrade his GPU. 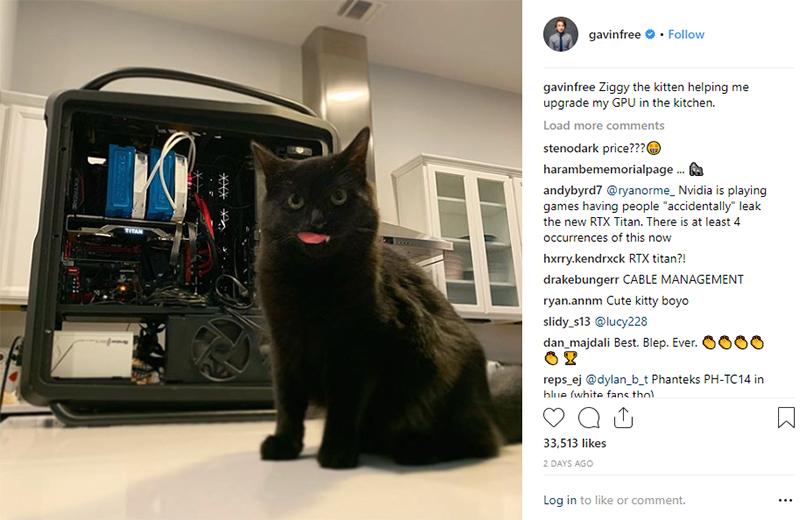 Former Google Brain head Andrew Ng also hid the card in a tweet about job openings, but you can clearly see the golden Titan card in the rig in the picture. 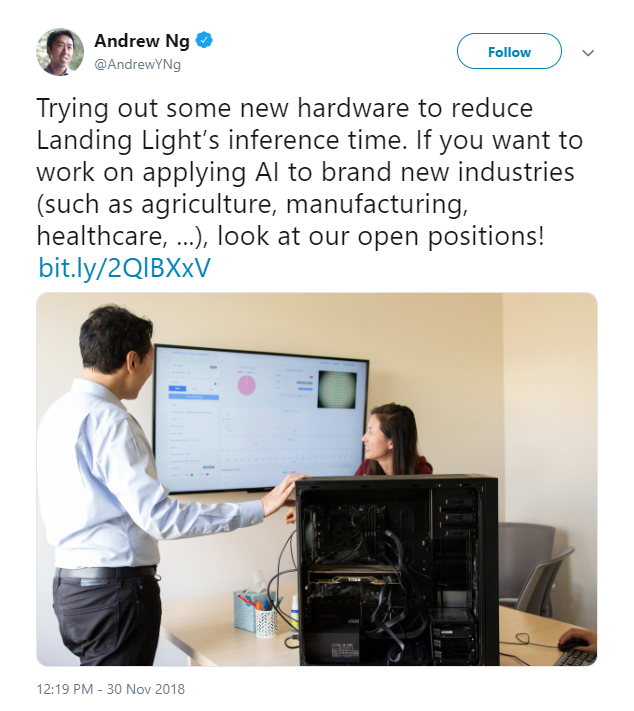 All these leaks point to a coordinated campaign on the part of NVIDIA, so it looks like the card may see an official launch sooner rather than later.

The RTX Titan will probably be pitched as a card for professional applications rather than gaming, but you can be sure that it’ll come with a hefty price tag.