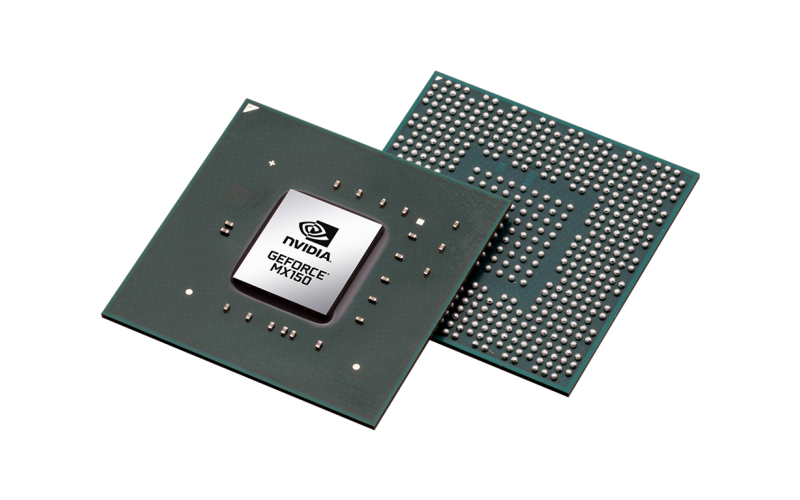 NVIDIA’s GeForce MX150 is a popular choice for mainstream notebooks that also want to offer discrete graphics. However, according to NotebookCheck, not all GeForce MX150s are the same, and you may end up getting significantly worse performance on certain machines.

NotebookCheck reportedly found an oddly wide range of GPU performance across its GeForce MX150-equipped machines, and it appears to depend on which variant of the MX150 you’re getting.

It seems that machines with a GeForce 150MX ‘N17S-LG-A1’ or ‘1D12’ variant can be 20 to 25 per cent slower than a so-called regular MX150. That’s a big drop, especially at the lower end of the performance tier, and it’s troubling that there doesn’t seem to be much awareness about the potential differences.

Furthermore, NVIDIA doesn’t mention there being different MX150 models on its product page.

NotebookCheck also found that the slower MX150 models were mostly found in 13.3-inch laptops, so the site thinks that the speed differences could be due to differences in power budgets. The MX150 appeared to initially launch with a 25W TDP, which wasn’t surprising given that it was intended to succeed the GeForce 940MX, but the slower variants look like they may operate within a 10W power envelope.

In addition, the website posted a GPU-Z screenshot of the standard 1D10 version of the MX150 running at a base clock of 1,469MHz and boost clock of a 1,532MHz. On the other hand, the 1D12 version was shown to be operating at a much lower base clock of 937MHz and 1,038MHz boost clock, although specifications such as the number of CUDA cores remain the same. 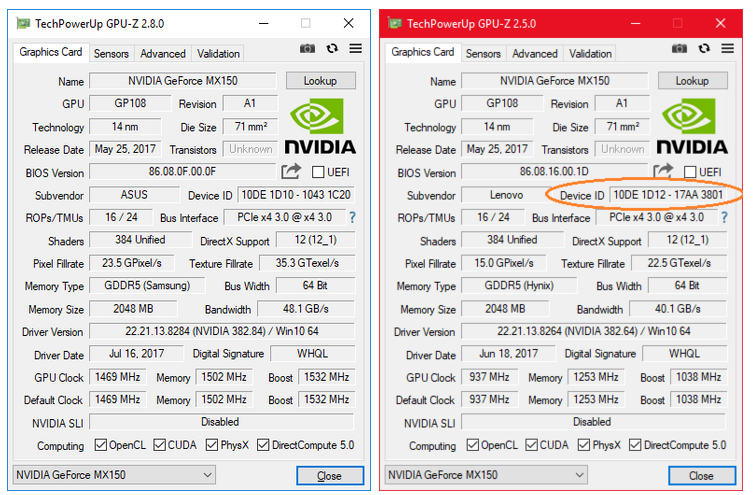 Ultimately, there’s nothing wrong with having variants of a particular card, but the lack of transparency leaves a lot to be desired.

To be fair, NVIDIA does leave the following caveat on its specifications page for the MX150:

This means it could be possible that it’s individual notebook manufacturers that are responsible for the slower variants, but the different device IDs on the slower and faster versions of the MX150 could also point to the differences being implemented at the firmware level by NVIDIA.

I’ll update if there’s any response by NVIDIA to these claims.