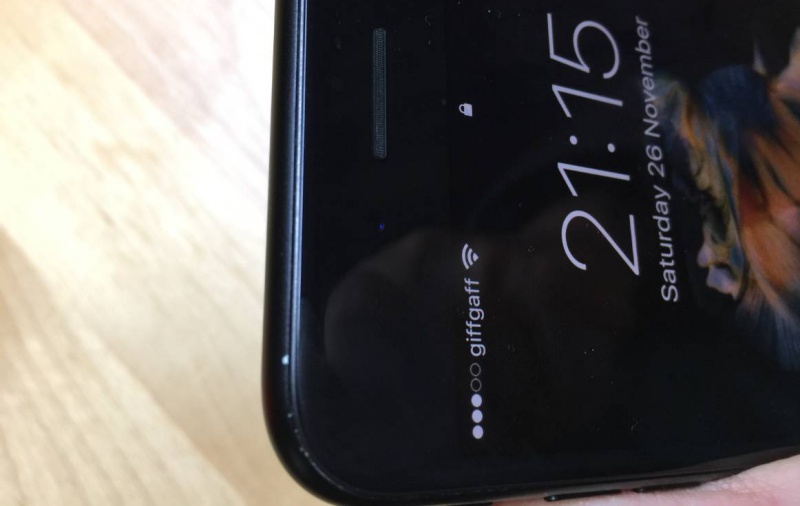 Every new generation of iPhone will have its own set of issue and the iPhone 7 is no different; reports have surfaced on Apple's Support forums and HardwareZone forums about chipping paint issues on the matte black iPhone 7 devices .

9to5Mac noticed that there is a growing number of posts on Apple's Support forums where users complained about paint chips around the edges and on the back. It seems that more iPhone 7 Plus units are suffering from these issues than the iPhone 7.

One user claimed that Apple responded to his complaint and said that a replacement is not possible; the chipping is classified as cosmetic damage and not covered under warranty. However, another user updated yesterday that he was being advised by Apple that "the issue is known" and the team will assess whether the chipping is due to accidental damage or a faulty product.

Over at our own forums, the first report surfaced on 9 November 2016 where user @fuxmux noticed the paint peeling off around the speaker hole cutout and around the right screw at the bottom of the device. At least six other users reported similar issues on their iPhone 7 Plus devices.

Join HWZ's Telegram channel here and catch all the latest tech news!
Our articles may contain affiliate links. If you buy through these links, we may earn a small commission.
Previous Story
Swatch developing its own smartwatch OS, aims to enter market in 2018
Next Story
MSI unveils four new all-white Intel 200-series Arctic motherboards