SoftBank is buying ARM Holdings for more than US$32 billion

SoftBank is buying ARM Holdings for more than US$32 billion 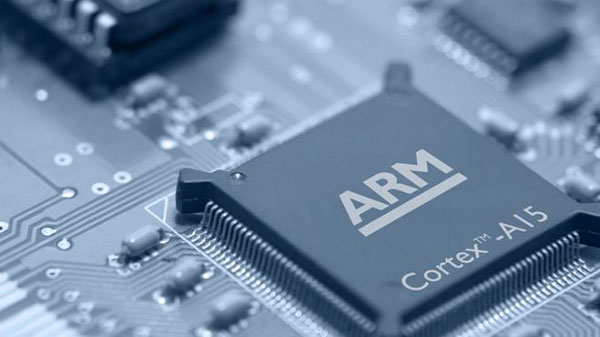 Japanese telecommunications giant SoftBank has agreed to buy UK chip designer ARM Holdings for £23.4 billion, or about US$32 billion.

The deal marks the biggest purchase of a European technology company, and comes just weeks after the pound plummeted in value as the UK voted to leave the European Union. The timing may be no coincidence, and the Brexit vote likely made ARM a more attractive target for foreign firms looking for long-term investments.

While the Cambridge-based firm employs just over 3,000 people, and pulls in comparatively less revenue than giants like Intel, it has punched above its weight on the global chip market.

ARM chips are found in smartphones from heavyweights like Apple and Samsung, and also a vast majority of other manufacturers. It boasts an extensive portfolio of intellectual property for mobile chips, and collects royalties on each chip manufactured by licensing its technology to the aforementioned tech giants.

Last year, 15 million chips based on ARM’s designs were shipped, with around half making their way into mobile devices.

The acquisition marks a big push on SoftBank’s part into the “internet of things”, according to a source familiar with the situation. Less robust demand for smartphones has impacted ARM’s recent results to a certain extent, but SoftBank is counting on ARM’s technology playing a key role in connecting devices like smartphones, automobiles and appliances.