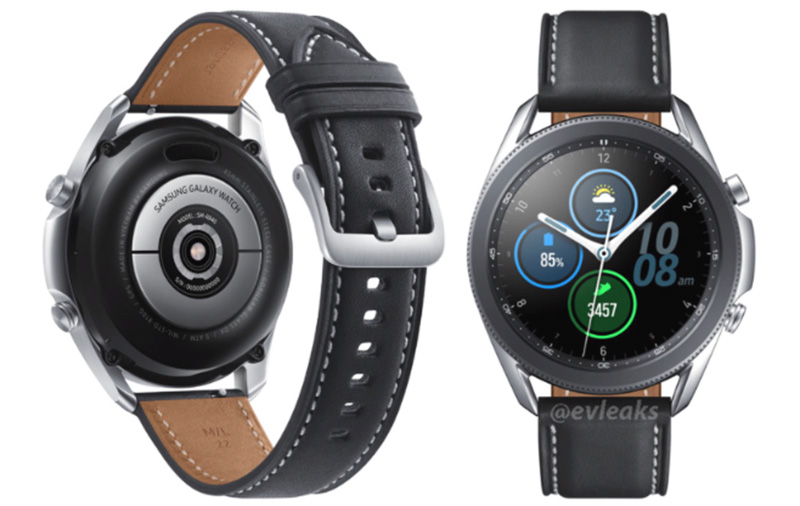 After some fuzzy photos we now have an official product shot of the Samsung Galaxy Watch 3, courtesy of famous leaker Evan Blass (via SamMobile).

The image posted by Blass is the SM-R840 model in a 45mm stainless steel case. The markings on the back reveal that it’s using Gorilla Glass DX, features 5 ATM water resistance, is compliant with the MIL-STD-810G spec, has GPS and is manufactured in Vietnam. The biosensor is also clearly visible.

From the front, the Galaxy Watch 3 looks just like a regular watch, with its 1.4-inch circular AMOLED display, protruded lugs (fitted with a 22mm leather band in this case) and two buttons on the right. It’s widely rumoured that the bezel can be rotated, just like the one on the first Galaxy Watch.

Samsung is tipped to officially unveil the Galaxy Watch 3 in the next two months, most possibly alongside the Galaxy Z Flip 5G, Galaxy Note 20 and Fold 2 during an online Unpacked event on Aug 5. The 45mm is the larger version of the smartwatch; a 41mm version is also planned for.

According to previous rumours, Samsung is also working on a more premium Galaxy Watch 3 with a titanium case. 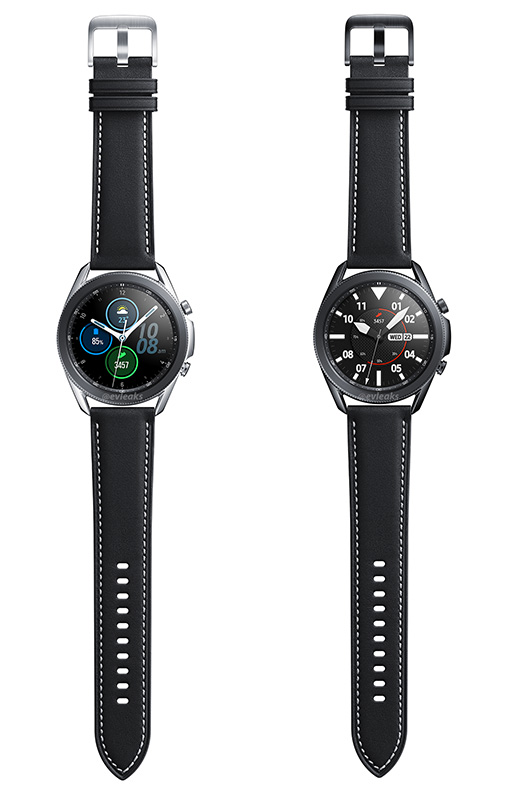 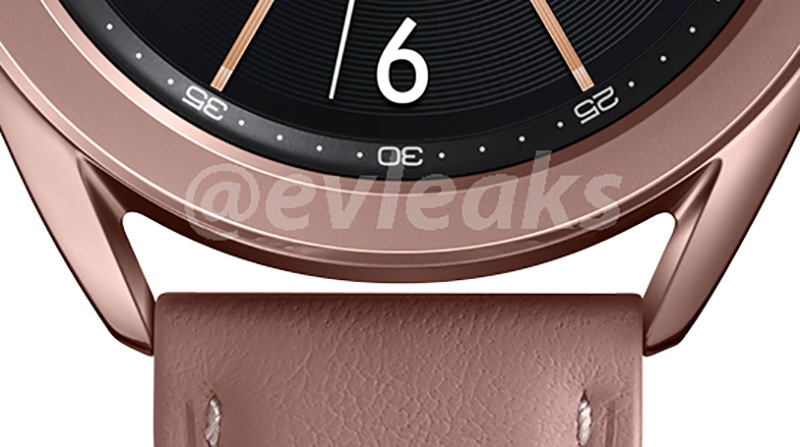