It’s no secret by now that Samsung is going to release a BTS-themed Galaxy S20 this July, with an announcement coming as soon as June 19. Now, renowned phone leaker Evan Blass has posted actual product shots showing what we can expect.

For one, the collab phone is the Galaxy S20+ and not the regular S20 as previously rumoured. Either that or there’s going to be both S20 and S20+ editions.

A BTS purple-tinted glass back on the S20+ aside, the limited edition phone also features Samsung and BTS logos and a purple heart just below the DepthVision camera. To add to the exclusivity, there’s also a BTS-themed wallpaper, which has the BTS logo as well as a seven-star constellation that represents the group. Based on Samsung’s previous special edition handsets, the level of software customisation may not end there and the full suite is likely to be applied through an exclusive theme that only comes with the phone.

In addition, the Galaxy S20+ BTS Edition is expected to come in a bundle that includes a similarly-themed Galaxy Buds+. Draped in purple, this limited edition TWS earbuds feature a purple BTS logo on the left bud and a purple heart on the right bud. Rumour has it that this Galaxy Buds+ BTS Edition will also be sold separately. In fact, according to SamMobile, Samsung UAE has jumped the gun and listed the earbuds (since pulled) on its website earlier today. Update, Jun 12: Blass has today also posted an image of a BTS-themed wireless charger. This is likely to be part of the BTS Edition S20+ bundle (along with the Buds+), but Samsung may also sell it separately for, you know, BTS fans who have the mirror purple Galaxy Z Flip. 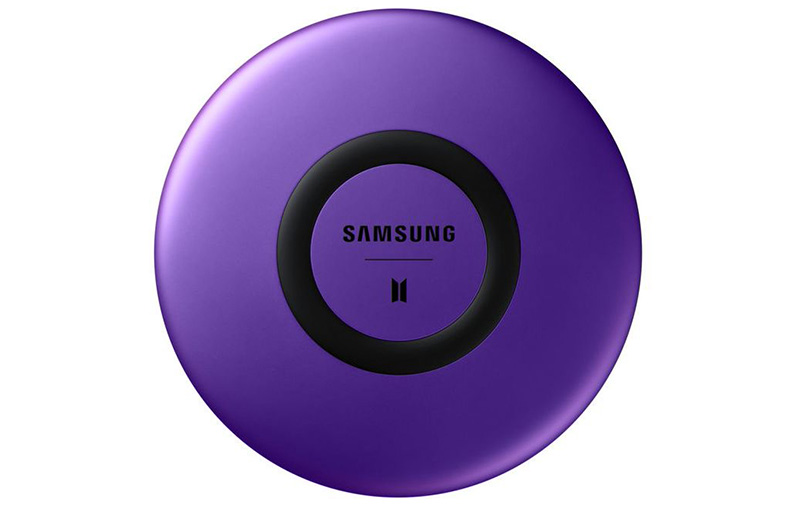