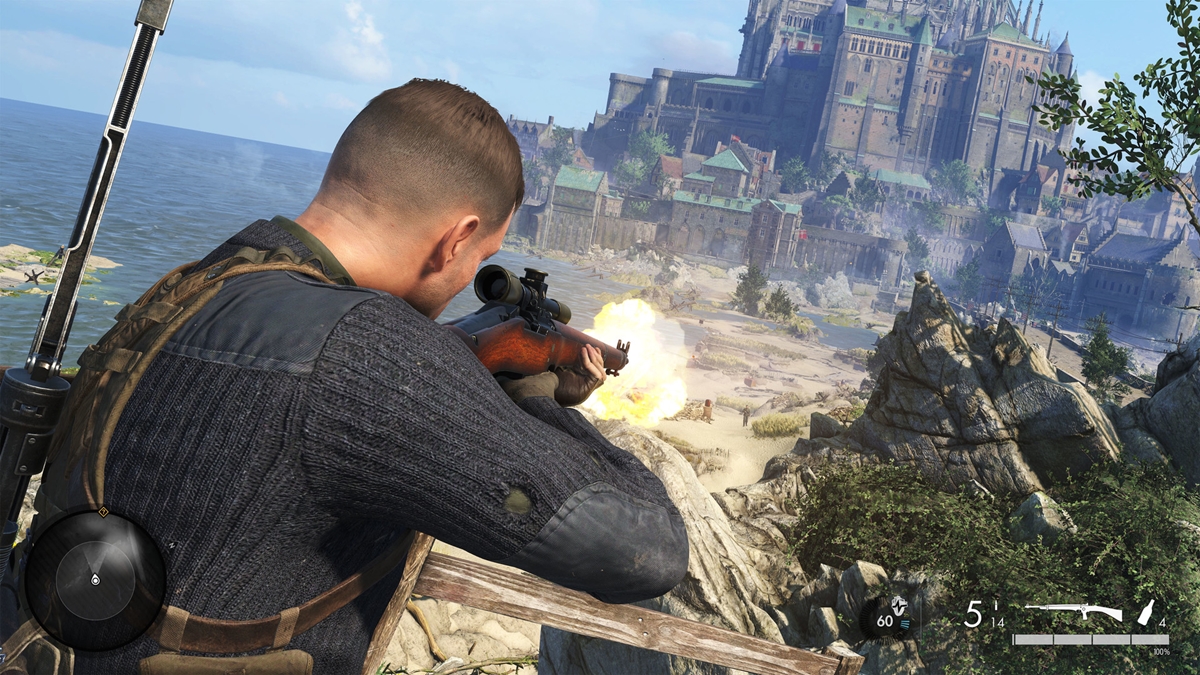 In the realm of shooters, there are few things more satisfying than scoring a clean, long-distance headshot with a sniper rifle, especially if you can watch the action unfold in slow motion. Well, the ability to do just that is arguably one of the Sniper Elite franchise's biggest draws, and with Rebellion Developments eyeing a May 26 release for Sniper Elite 5, fans won't have to wait very long to scratch that itch.

Although the Sniper Elite games are predominantly single-player-centric, Rebellion has mentioned that the upcoming instalment will feature something that's a little more dynamic. The core gameplay remains the same, of course, but with the new Invasion mode, other players can now "invade" your game as an enemy sniper to try and take you out.

Conceptually, it takes a few pages out of Arkane Studios' Deathloop, which allows for two player-controlled assassins to pit their skills against one another, and take it from us - it can be enormously entertaining if both parties know their stuff.

Anyway, like previous Sniper Elite instalments, Rebellion is also throwing out a number of bonuses if you pre-order the game, including a special pistol - namely the P.1938 Suppressed as well as a mission that will have you attacking Hitler's private mountain retreat in the Bavarian Alps.

The game is already available for pre-order on Steam, but we highly recommend checking out the official Sniper Elite Twitter account and the new trailer as well. Usually, we'd embed the latter for you here, but since it's age-restricted and thus only available for viewing on YouTube, you'll have to make do with this link. Happy sniping.

Join HWZ's Telegram channel here and catch all the latest tech news!
Our articles may contain affiliate links. If you buy through these links, we may earn a small commission.
Previous Story
Ms. Marvel is Marvel Studios' first Muslim superhero in Disney Plus' trailer
Next Story
LG rolls out wheelable, tiltable One:Quick Flex display for home and office use