Snapchat Stories just got cloned again, this time by WhatsApp

Snapchat Stories just got cloned again, this time by WhatsApp 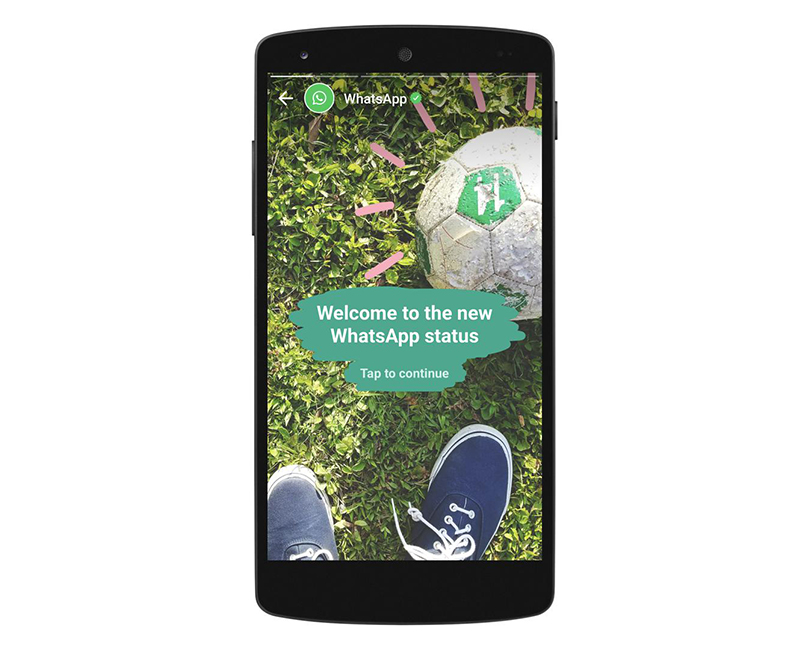 Here’s a problem with good ideas – everyone wants to copy them. WhatsApp has announced a new status feature that is a virtual clone of Snapchat Stories, making it the latest Facebook product to copy Snapchat.

The new feature will replace WhatsApp’s current text-based status messages, and begins rolling out to the messaging app’s over one billion users starting today across Android, iPhone, and Windows Phone. That said, it’ll probably take some time before everyone will get the feature, so don’t get antsy if you can’t access it yet.

But when it goes live, you’ll be able to share photo and video montages to your contacts much in the way of Snapchat Stories. These will appear in a new “status” tab, where they’ll live for the next 24 hours before disappearing. In addition, people can reply directly to your updates, and vice versa, from the post itself.

There are also certain elements that are unique to WhatsApp. For instance, you can share GIFs to your status, and all updates are end-to-end encrypted like the rest of your WhatsApp communications. Furthermore, you’ll be able to share videos up to 45 seconds long instead of just 10 seconds like on other platforms.

WhatsApp is touting the update as a gift to users on its eighth birthday and a return back to its roots. The service originally started as an app for sharing status updates, where users could blast short lines of text to their friends to let them know what they were doing. It was only when WhatsApp noticed that people were using the feature to communicate in real-time that the company decided to retool it into a messaging app.

The move only puts even greater pressure on Snapchat, which recently revealed plans for a US$3 billion IPO. WhatsApp is actually the fourth Facebook product to copy Snapchat Stories – Instagram was the first last August, followed by limited, experimental rollouts on Facebook Messenger and Facebook itself.

As it turns out, these Snapchat-inspired copies may present a very real threat to their muse. Snap’s IPO filing showed a precipitous 82 per cent drop in user growth rate in Q4 2016 compared Q2, a time period that coincides with the launch of Instagram Stories.

Join HWZ's Telegram channel here and catch all the latest tech news!
Our articles may contain affiliate links. If you buy through these links, we may earn a small commission.
Previous Story
NUS launches the new National Cybersecurity R&D Laboratory to the tune of S$8.4 million
Next Story
Microsoft may be sidelining HoloLens version two for its third iteration