Smash through the new trailers for Zombie Army 4: Dead War and DBZ: Kakarot

Smash through the new trailers for Zombie Army 4: Dead War and DBZ: Kakarot 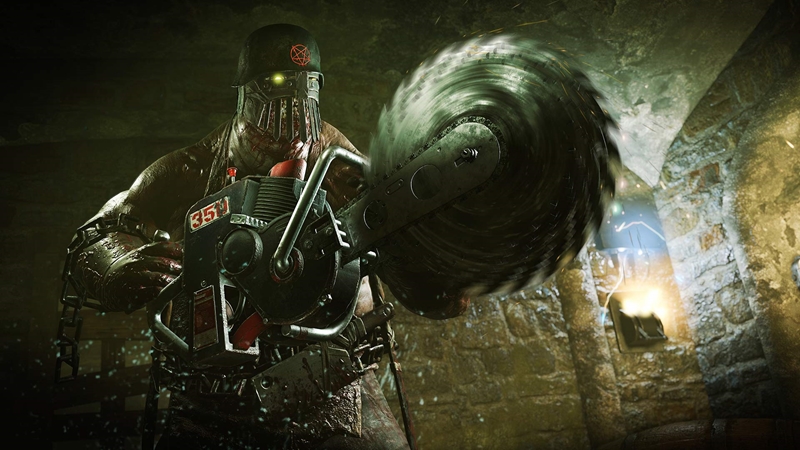 An undead tank? That's what you're bringing to the table, Rebellion?

Then again, the new trailer for Zombie Army 4: Dead War is pretty interesting, to begin with, not to mention the one for Dragon Ball Z: Kakarot as well. But let's take them on one at a time, shall we?

Hitler's fictional army of the dead returns to the gaming screen in the latest Zombie Army title. Despite tossing the zombified Fuhrer into the bowels of hell, his undead legions are still running amok, and it's up to you to trim the hedges.

Step into the shoes of the Survivor Brigade and embark on a zombie-killing adventure all across Europe. You'll wade through undead-infested canals in Venice (which I find absolutely glorious, by the way), tour through a zombified zoo and even take on demonic zombie tanks. No, I'm not sure how that last bit works either, but that doesn't make it any less interesting.

Nevertheless, like any other Zombie Army game, style, gore and staying alive are where it's at. Here's some of the other cool stuff we can expect to see in this new instalment:

Of course, there are still loads of other new stuff in the game, which drops for PlayStation 4, Xbox One and PC (via the Epic Store) just over three weeks from now on February 4th.

The long-awaited DBZ: Kakarot brawler is finally here - the game drops in Japan today, and the rest of the world can get in on the action starting tomorrow (January 17th)! As a final touch, Bandai Namco has released the "Vegeta" trailer for the game, featuring the iconic Saiyan Prince, who mulls over his history with Goku.

The series includes DBZ's most iconic fights, such as Goku's first Super Saiyan transformation against Frieza on Namek, and the near-unwinnable fights against Perfect Cell and Majin Buu, among others. It serves as both a great introduction for newbies and as a nostalgic reminder for the veterans. Great stuff!

Previous Story
Nike has struck up a partnership with T1 Esports
Next Story
Super Nintendo World Japan will be a 'life-size, living video game'
Featured Highlights