Slow mobile data connection can stress you out

Note: This article was first published on 17th March 2016. 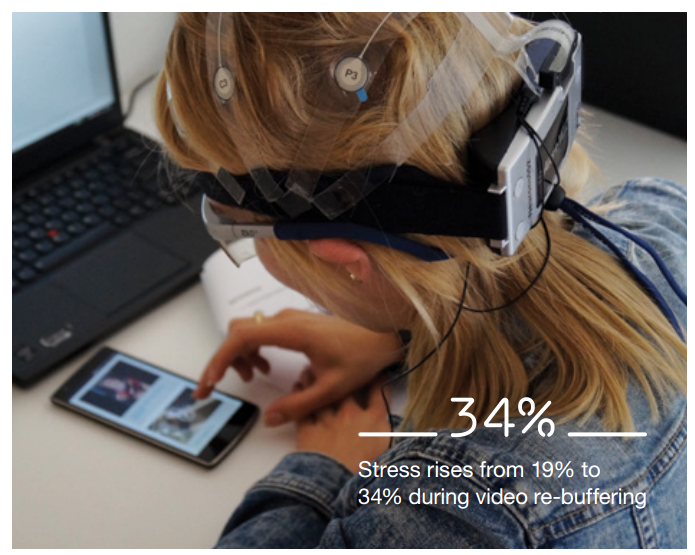 Researchers working for Ericsson discovered that people actually do get stressed out when a web page or video loads too slowly on their smartphones. The Swedish telecommunications company put out an infographic to display their report’s findings. 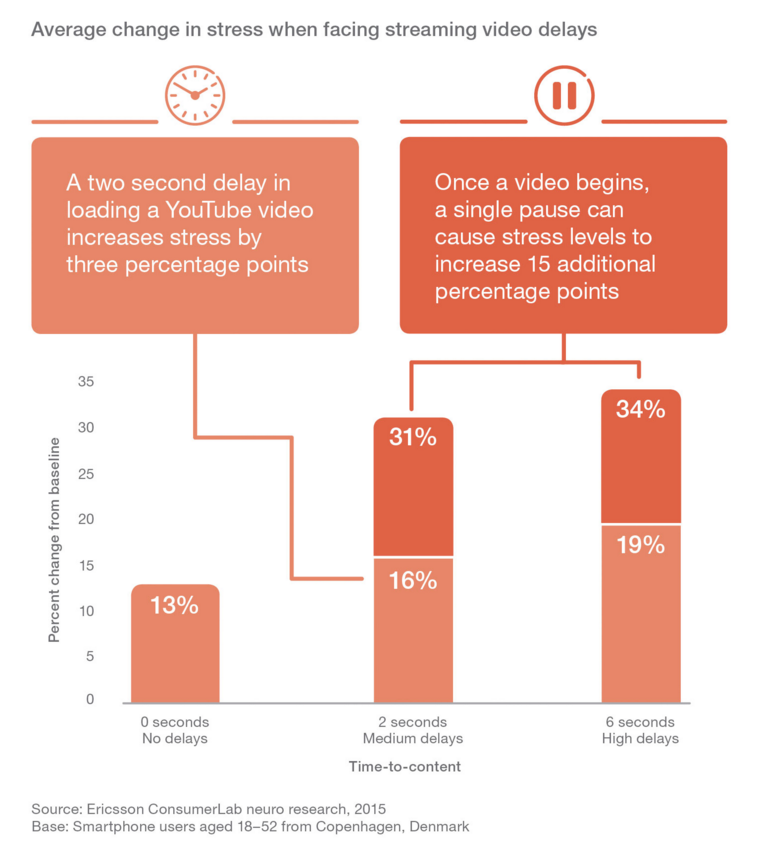 In Ericsson’s Mobility MWC Report 2016 (February 2016 interim), a neuroscience study by their research arm, Ericsson ConsumerLab, revealed that “delays in web page load times and video streaming can be as stressful as watching a horror movie”. The report also said that an average single delay resulted in a 38 percent increase in heart rate, and a two second delay in loading a YouTube video will increase stress by three percent (from the baseline stress level of 13 percent). A single pause during a video re-buffering can raise stress levels up to 34 percent – which is 15 percent higher than the baseline stress level of 19 percent. 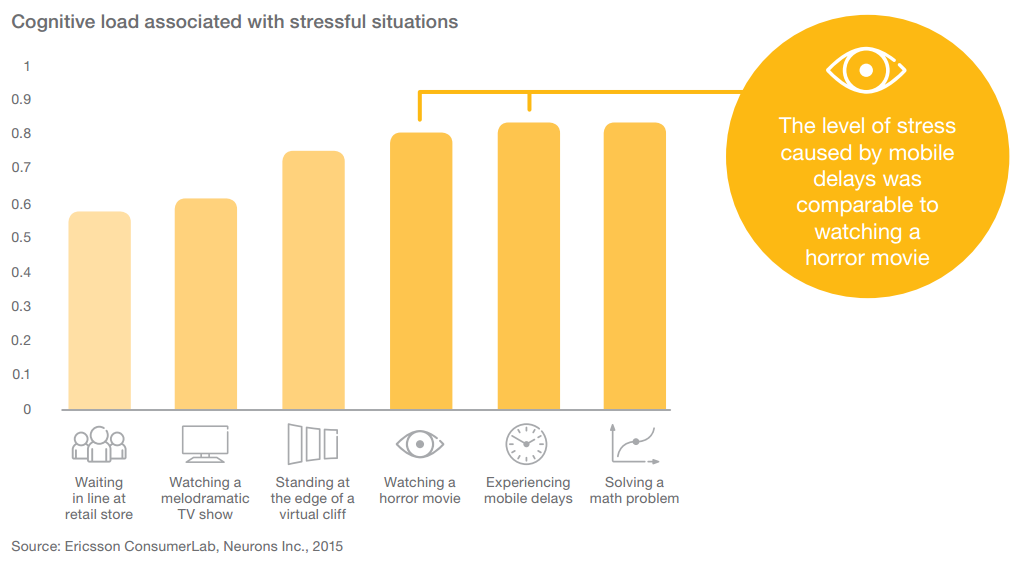 These stress levels are measure by cognitive load, which is an indicator of stress itself. The measured stress levels from the study were then put into context against other situations in everyday life, such waiting in line at a store. 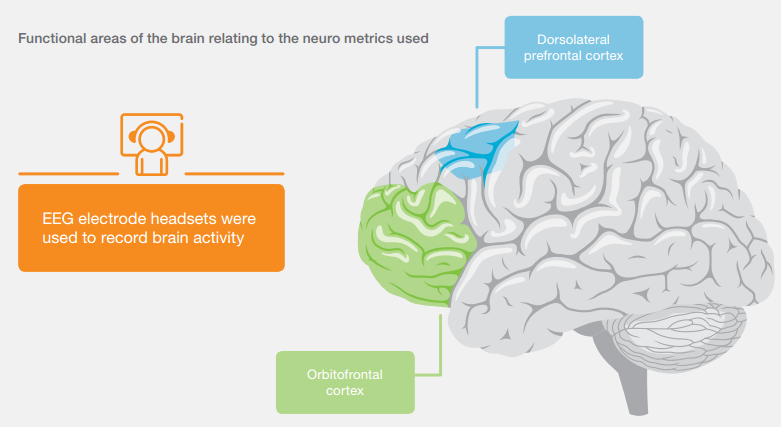 To record these stress levels, the researchers measured brain activity, eye movements, and pulse of the subjects via eye-tracking glasses and EEG electrode headsets. The study involved exposure to a variety of no delays, medium delays, and high degree of delays (of up to six seconds) as the research subjects browsed the web and watched video clips while on simulated mobile networks.

30 people aged between 18 to 52 years old volunteered to be in this study. All study participants were issued an Android smartphone and told to complete 18 tasks within 20 minutes. The limited time to complete all 18 tasks on the smartphone helped to establish the baseline for stress levels. 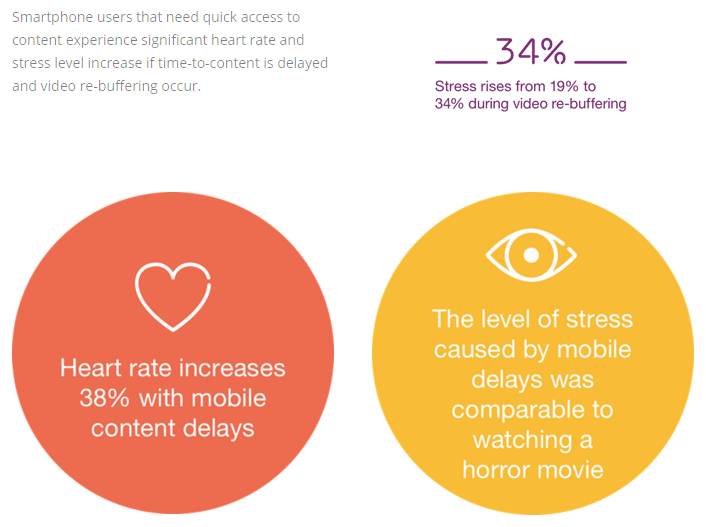 To see the full infographic, go here. The actual report can be found here.

Join HWZ's Telegram channel here and catch all the latest tech news!
Our articles may contain affiliate links. If you buy through these links, we may earn a small commission.
Previous Story
You can now try out Windows Ink and Cortana on the lockscreen in the latest Windows 10 test build
Next Story
The Tissot Smart-Touch is Swatch’s first proper smartwatch