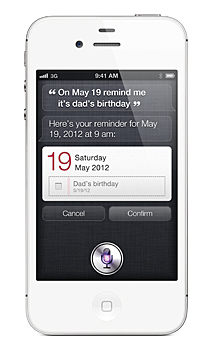 The iPhone 4S' saving grace is the spectacularly snarky voice assistant Siri. But you should know that Siri was not entirely Apple's idea and was actually acquired by Apple back in April 2010. Now it seems that the co-founder and CEO of the original company, Dag Kittlaus has decided to part ways with Apple.

All Things D reports that the split was amicable and had been in the works for a while now. If you ask us, the man has earned a break after  doing such a professional job with Siri. Plus he probably has a windfall of cash now that he needs to find the time to spend.

On a serious note, while Apple loses someone who could have been a corporate asset, the tech community gets back an entrepreneur and an innovator. Seeing that the co-founder originally intended and conceptualized Siri for all versions of the iPhone and iPad, before Apple made it an iPhone 4S only feature,  you can say Dag Kittlaus' head seems to be in the right place. Lets hope after he has recharged his batteries, he gets right back to the drawing board.