SingTel's broadband service down for its business users?

SingTel's broadband service down for its business users?

Updated at 5.35PM:  We were told by SingTel that a small number of customers had difficulties with their business broadband lines around 11.30AM. The issue was resolved in less than an hour.

Originally reported at 11.55AM

Thanks to a tip-off from one of our readers, we were informed that some users are currently facing connection issues on SingTel's broadband service.

The service disruption started about an hour ago based on tweets and messages shared via SingTel's Facebook Page and Twitter. Apparently, only SingTel's business broadband users are affected at the moment. 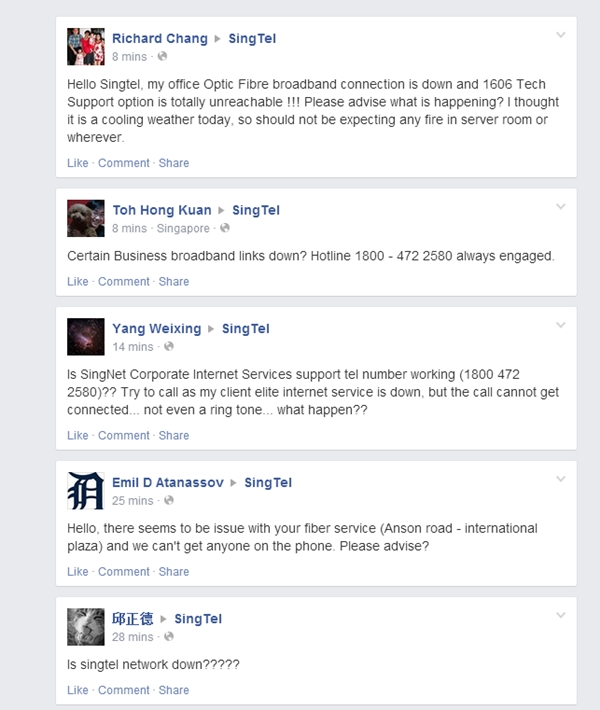 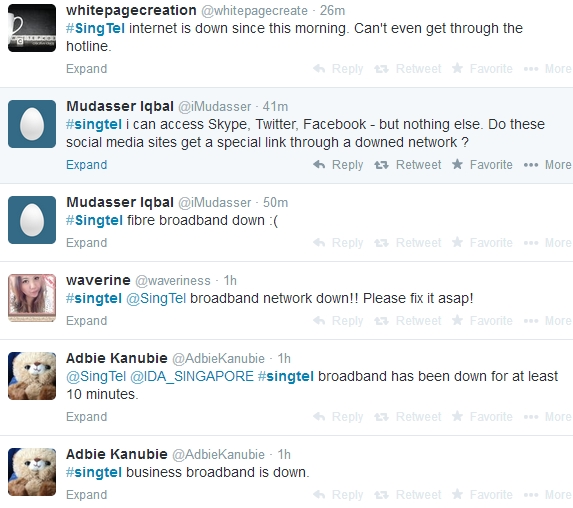 We've reached out to SingTel on this matter and will update this section when we have more information.