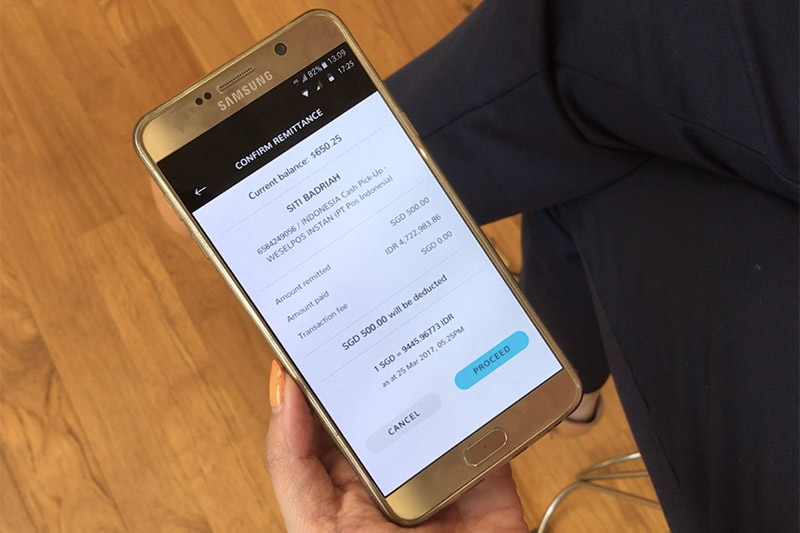 Now, while Dash already allows the sending of money to Indonesia bank accounts, there’s still a sizeable number of people in Indonesia who don’t have a bank account. From Telkomsel’s perspective, this new remittance service is one effort the company is doing to help promote financial inclusion for the Indonesian people, especially this unbanked segment. According to the Embassy of the Republic of Indonesia in Singapore, there are 200,000 Indonesians living and working in Singapore; and outward remittance from Singapore to Indonesia totals more than US$409 million yearly.

For Singtel, Indonesia is one of the company’s main remittance corridors; the others being the Philippines, India, and China. Moving forward, the two telcos are also looking into offering mobile remittance to Telkomsel’s TCash. There are also plans to expand the number of cash pick-up points to GraPARI Telkomsel service centers, as well as PT Bank BRI branches in the second half of this year.

To celebrate the launch of the service, Singtel Dash is offering remittance fee waivers until 31 March 2017 to customers who send money via Weselpos Instan (usual fee is S$9, regardless of amount). The amount that can be remitted is capped at S$3,000 a day, and no more than S$9,000 a month.

For those unaware, Singtel Dash is Singapore’s first all-in-one mobile payments solution that is available to everyone. You can use Singtel Dash to pay for your taxi, bus, and train rides, as well as for purchases at supermarkets, convenience stores, and food courts. According to Singtel, since its re-launch in May 2016, the number of Singtel Dash customers has grown to almost 500,000; and the volume of monthly transactions has doubled over the last six months.

Join HWZ's Telegram channel here and catch all the latest tech news!
Our articles may contain affiliate links. If you buy through these links, we may earn a small commission.
Previous Story
Beijing court says Apple didn’t copy a local phone maker's design after all
Next Story
Phablets at risk of being banned on affected UK and US inbound flights