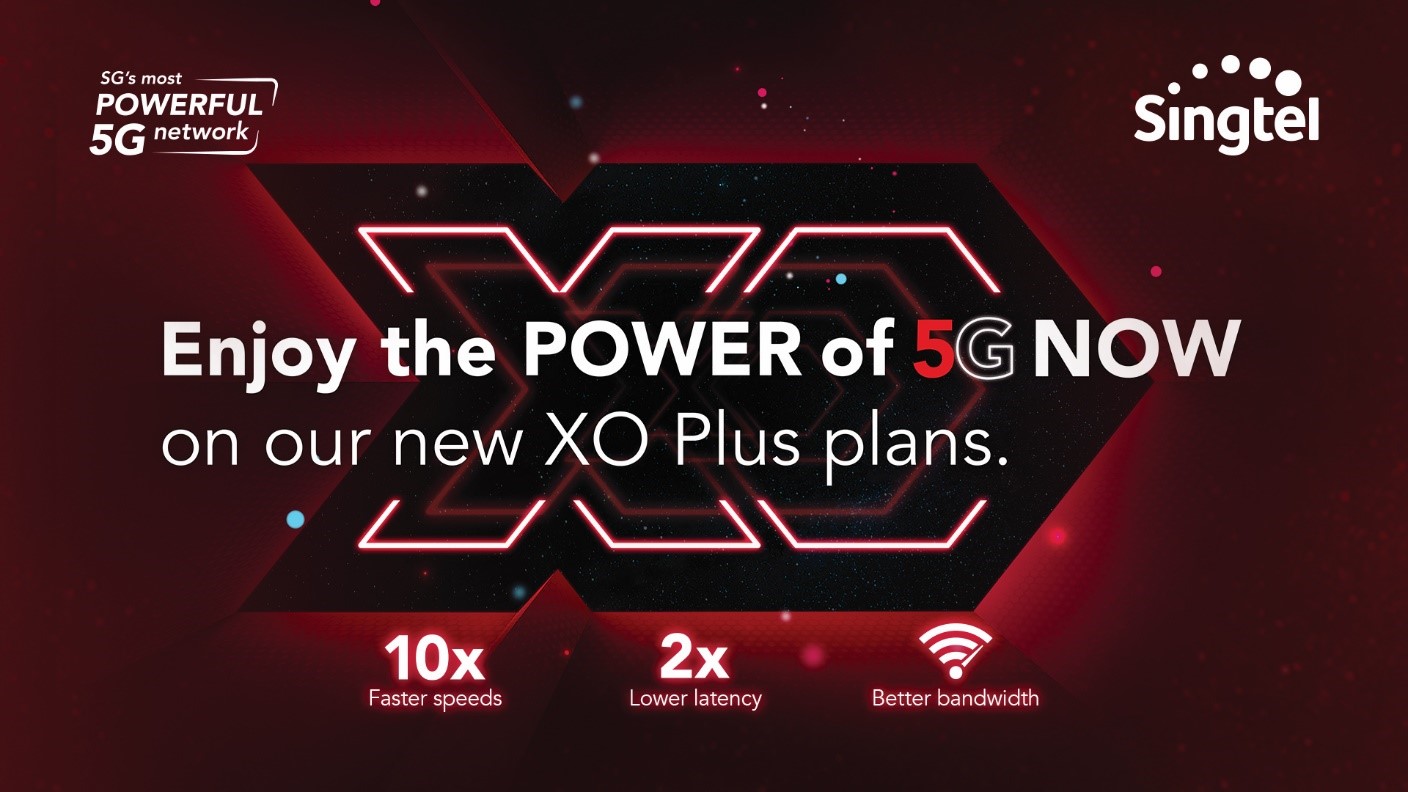 Out with the old and in with the new. Singtel has decided to revamp its data-enriched XO Plans to reflect its progress towards mainstream 5G access.

According to Singtel's official statement, the revamped data-full plans are now known as XO Plus plans, which replaces and grandfathers the old XO plans. By default, XO Plus plans come with 5G access (except for one plan, see below), and a bunch of promotions related to augmented reality (AR) and virtual reality (VR) content. 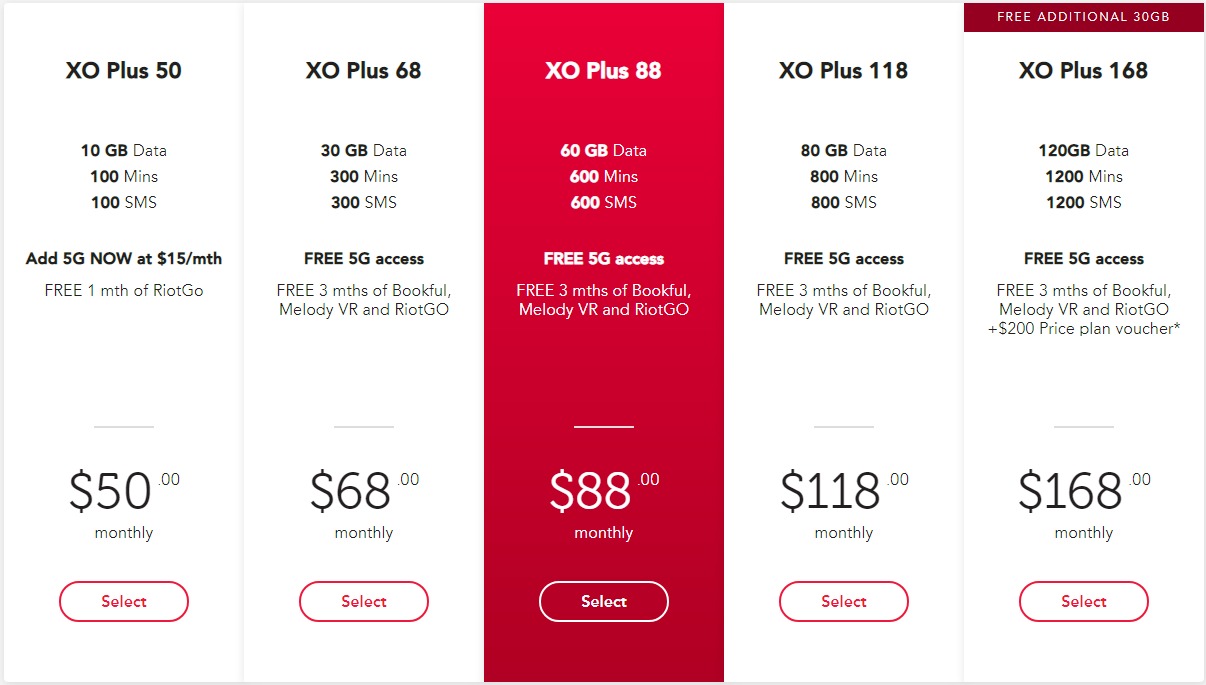 "We know our customers love exciting content and great value, and we are delighted to bring them a whole new world of unique experiences powered by Singtel 5G and our generous XO Plus data bundles. With its ultra-fast speeds and low latency, 5G takes content and entertainment to another level. Reading can now take on a new dimension with characters coming to life in AR and 3D, and VR concerts will be an immersive treat for the senses without the crowds. As 5G becomes more mainstream, we’ll keep going beyond connectivity to innovate and deliver products and services that best showcase this next-generation technology," said Gan Siok Hoon, Managing Director of Sales & Marketing, Consumer Singapore at Singtel.

Besides the typical local data, talktime, and SMS bundles in each plan, XO Plus plans also pack in limited subscriptions to paid content like Bookful and MelodyVR, as seen in the images above.

MelodyVR is an Android and iOS app that grants users access to 360° VR concerts, festivals, and live shows. The app was once featured as an 'App Of The Day' in the Apple App Store, and it won Google Play Store's 'Best of 2019'. Performances available through MelodyVR are all filmed with 360° cameras, allowing people with smartphones or a VR headset to look around for a sense of the occasion. According to its website's FAQ, MelodyVR is compatible with specific VR headsets, like the Oculus Go and Oculus Quest. Via Singtel, the subscription is free for a limited time when picking certain XO Plus plans, but it would be S$8.90 per month once the free period ends.

Bookful is a storytelling app for children that uses AR and VR to entertain impressionable young minds further. According to its website, the app has over a million downloads across the globe. The service uses 3D animations and AR to make story characters come to life, and it's partnered with a wide variety of publishing houses for story content. Like MelodyVR, Bookful is S$8.90 per month once the free subscription on XO Plus plans run out.

XO Plus plans also mention free months for a service called RiotGO on the Singtel website, and no further details were provided. Looking at the image (which was since taken down), we hazard that Singtel might have something going on with U.S. game company Riot, specifically for their Wild Rift mobile MOBA game. We tried wringing Singtel's arms for more details, and they said more would be revealed in due time.

How different are XO Plus Plans from XO Plans?

Fundamentally, XO Plus Plans are 24-month contract plans, and you get a subsidised handset with its cost spread out across the contracted plan. The subsidy amount differs from phone to phone, as with XO Plans.

Singtel also removed the old XO Plans' details from its website. Makes sense, since XO Plus Plans are the way forward now. We'll compare the new plans against the last-known XO Plans, which are part of the iPhone 12 lineup contract plans.

To note, new XO Plus plans have 5G access built-in (except for XO Plus 50), while old XO Plans required an additional top-up to get access to Singtel 5G. We're computing the old 5G prices with the plan's pricing, giving the new plans 5G parity.

Note: XO Plus 50 is the only new XO Plus plan without 5G access. You can opt to add-on 5G NOW to XO Plus 50 at an additional S$15/month. The 5G NOW add-on would pack on additional 10GB local data, giving it a price of S$65/month and total of 20GB data when you factor it in.

Quick Analysis on XO Plus plans vs XO plans

At a glance, XO Plus plans offer more tiers of pricing and bundles, which is great if you are specific on the amount of data you want, and how much you are willing to pay for it. Previously, it was a larger leap from the old XO 48 to the old XO 78. Now, there's a XO Plus 68 sitting in between XO Plus 50 and XO Plus 88. There's also a new premium tier (XO Plus 168) if you want to splurge and get a total of 150GB local data every month.

Join HWZ's Telegram channel here and catch all the latest tech news!
Our articles may contain affiliate links. If you buy through these links, we may earn a small commission.
Previous Story
Apple reportedly paused talks with Hyundai on electric car project
Next Story
Family Setup on the Apple Watch is finally coming to Singapore (but only with StarHub)