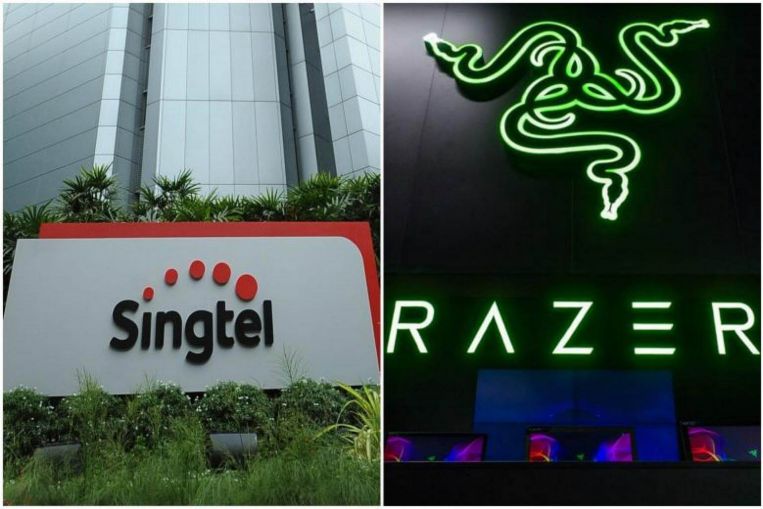 This article is contributed by Irene Tham and a version of it first appeared in The Straits Times, an SPH publication, on May 3, 2018.

Telco Singtel and gaming product firm Razer are coming together in an e-payment tie-up that aims to connect as many 50 million users - which could make it the largest in South-east Asia.

The two companies signed a memorandum of understanding (MOU) yesterday to link their respective e-payment systems to create an interoperable network that will allow credits from one system to be accepted in another - potentially letting users pay with any supported e-wallet at more than one million retail payment points in the region.

"Think of it as the Star Alliance of e-wallets," said Mr Arthur Lang, chief executive of Singtel's International Group, in reference to the airline alliance of which Singapore Airlines is a member.

Razer chief Tan Min-Liang described the partnership as one that allows the two firms to tap each other's strengths. "We have meshed together what we are both good at to create the largest e-payment network in South-east Asia. We will (turn) not just Singapore, but Asia also, into a cashless economy."

The tie-up also signals Razer's firm intention to make a play for Singapore's cashless system - following up from last year's proposal to Prime Minister Lee Hsien Loong to deliver a system that would unite the hotchpotch of uncoordinated e-payment systems here in 18 months.

Since then, rivals ride-hailing firm Grab and e-payment stalwart Nets have also stepped up efforts to recruit users to be the unifying force in Singapore's cashless race.

Yesterday, Mr Tan declared: "We have already achieved this with the announcement today... I'm way ahead of the 18-month deadline."

While observers say it is too early to say if the alliance will work, they noted that the deal brings together two parties making aggressive moves in the e-payment space.

Singtel brings to the table its Dash e-wallet, which has more than 500,000 users, many of whom are foreign workers using the app for remittance.

Through its regional associates - Thailand's AIS, the Philippines' Globe, Indonesia's Telkomsel and India's Airtel - Singtel can also potentially fold in some 50 million e-wallet users and one million acceptance points in the region, expected to take place in the second half of this year. Singtel is connecting Dash with AIS' "my AIS e-wallet" service so that both can be used by the same merchants in the third quarter of this year.

While Razer said it plans to launch its RazerPay e-wallet app only later this year, it recently announced its buyout of MOL Global - whose e-payment gateway is used by e-merchants Lazada and Expedia.

Razer's acquisition of MOL, which processed more than US$1.1 billion (S$1.5 billion) worth of transactions last year, is expected to conclude next Thursday.

Mr Ramakrishna Maruvada, a regional telecoms analyst at Daiwa Capital Markets, said the success of the partnership could depend on Razer's ability to break out of its niche: "The gaming segment could be exploited but scaling beyond this niche segment is where the challenge lies."

Mr Michael Yeo, research manager at market research firm IDC, said: "It's highly likely that there will be winners rather than just a winner. The open networks are more likely to stay."

Join HWZ's Telegram channel here and catch all the latest tech news!
Our articles may contain affiliate links. If you buy through these links, we may earn a small commission.
Previous Story
PSA: Twitter warns all users to change passwords following internal bug
Next Story
Cambridge Analytica files for bankruptcy, may rebrand as Emerdata