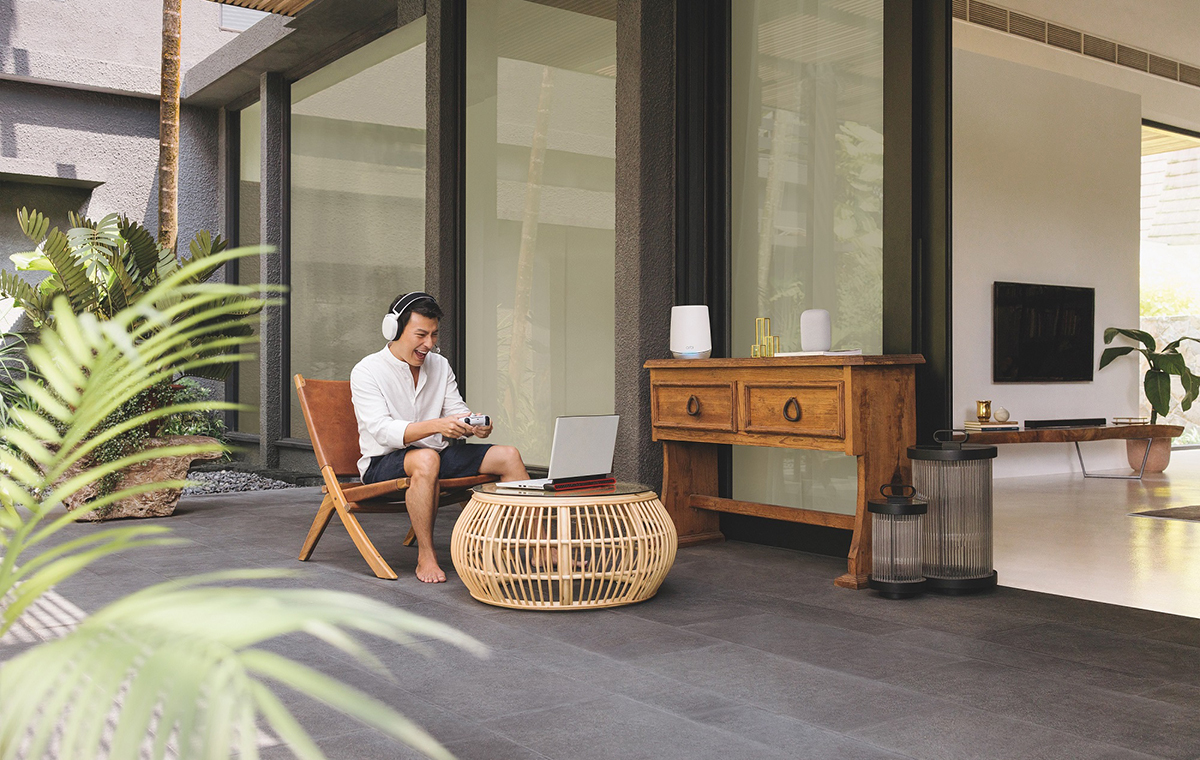 Working from home has only exacerbated the importance of a stable Wi-Fi connection. In response to hybrid working and lifestyle shifts, Singtel has launched two new 2Gbps Fibre Broadband plans - Home Priority and Home Priority Plus - essentially the first customised home broadband service "for larger homes" in Singapore.

In essence, these new premium plans one-up the regular 2Gbps Fibre Broadband plans offered by Singtel, by adding bespoke service to help troubleshoot any dead Wi-Fi zones at home. Users of Home Priority and Home Priority Plus plans will see Singtel's field engineers providing Wi-Fi recommendations based on your property's floor plans, on top of getting coverage checks before and after installation.

New users are entitled to free installation (worth S$145) and free delivery of your networking equipment, so there's no need to head out and collect the plan's routers yourselves. Installation appointments can be scheduled or rearranged if the homeowner gives at least two days of notice (either by calling Singtel's 1688 hotline or via the My Singtel app). 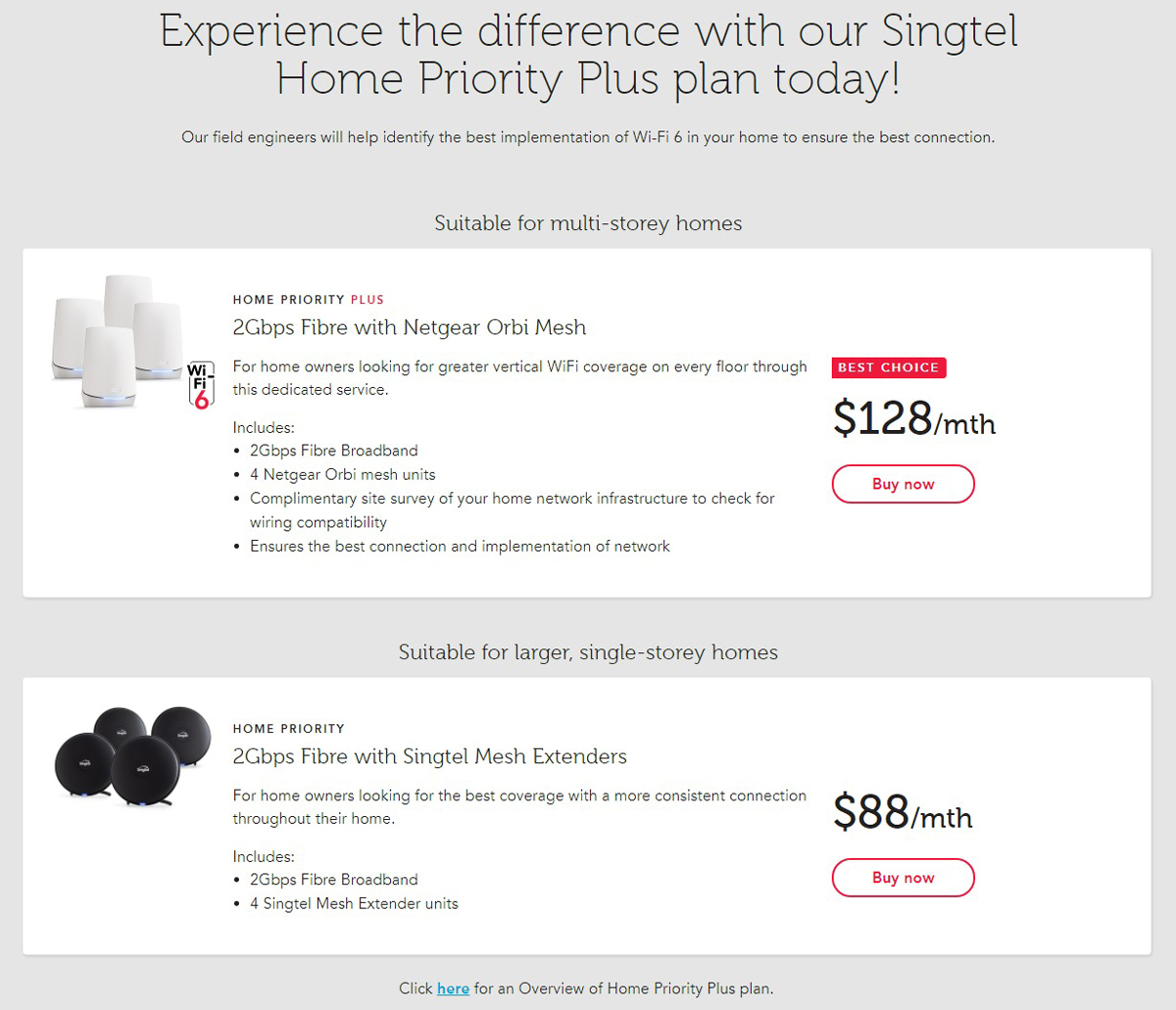 Home Priority Plan is recommended for users staying in single-storey homes (HDBs, condominium apartments, etc.). It's S$88 per month (subscription of 24 months), and it comes with a single Fibre Broadband connection, an optical network router (ONR), and four units of Singtel Mesh Extender (U.P. S$720) to blanket your apartment with mesh Wi-Fi.

Home Priority Plus Plan is more suited for users with multi-storey homes. It goes at S$128 per month (also a 24-month subscription) and comes with four units of Netgear Orbi Wi-Fi 6 Mesh routers (U.P. S$1,598) instead. This plan is recommended for users who need Wi-Fi to cover up to 10,000sqft (~930sqm). The rest of the perks are identical to Home Priority Plan.

If you don't need either option, there's still the regular 2Gbps Fibre Broadband plan at S$69.90 per month, but you don't get the field engineers pouring over your floor plan to troubleshoot your Wi-Fi.

Join HWZ's Telegram channel here and catch all the latest tech news!
Our articles may contain affiliate links. If you buy through these links, we may earn a small commission.
Previous Story
Riot Games' League of Legends show Arcane will return for Season 2 on Netflix
Next Story
Google allegedly rolls out long-overdue web redesign of the Google Play Store