Singtel enters the smart home space, partners with Hanman International to create a Z-Wave Plus controller

Singtel enters the smart home space, partners with Hanman International to create a Z-Wave Plus controller

In January this year, local telecommunications provider Singtel announced that in line with Singapore’s push towards becoming a smart nation, it too is working with several partners to develop smart living solutions, including smart home and safety solutions through home automation and smart health initiatives that focus on patient and elderly monitoring. The company also revealed that it’s signed a Memorandum of Understanding with Samsung and NCS (the latter an IT solutions provider owned by Singtel) to work on smart home solutions for the Singapore market.

Fast-forward ten months and Singtel is now ready to show off what it’s been cooking with its partners. While I originally expected Singtel to work with Samsung to bring the latter’s SmartThings smart home and Internet of Things platform to Singapore, it seems that Singtel has other ideas: the telco has actually been working with Hanman International Pte Ltd to develop its own smart hub and is selling it to consumers starting today. 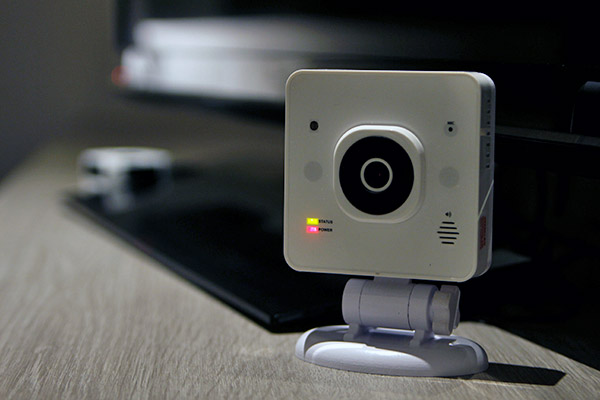 To cut to the chase, the Singtel/Hanman Smart Hub is this little box that you connect to your router, and which thereafter communicates with all your connected products. It supports Wi-Fi, which mean it’ll work with IP devices like security cameras, but it also has a built-in Z-Wave radio to work with home automation devices and modules (like door/window sensors, motion sensors, smart power plugs, lighting modules) that support this low-power wireless networking protocol. The IMDA-approved hub (or ‘controller’ or ‘gateway’ - they refer to the same thing) is Z-Wave Plus certified too, and thus takes advantage of the higher level of security offered by the newer Z-Wave standard. While I couldn’t get any info on the CPU and memory powering the Singtel Smart Hub, Singtel did say it can connect up to 232 devices, which is pretty much par for the course for Z-Wave hubs.

This Singtel Smart Hub also has a built-in camera and can double as a security camera, something that I seldom see on other smart home controllers. It has the same basic functions as most security cameras, including using motion detection to trigger video recording and alert notifications. You can also live stream the video straight to the free True-i mobile app (Apple App Store link, Google Play link). This Hanman-made True-i app is also the same app that you use to run your smart home and control its connected devices, including checking of event logs. Not unlike most other controller apps, you can also create custom scenes so that certain actions can happen automatically when certain conditions are met (e.g., turn on the lights and aircon when you enter a room).

For now, Singtel is offering two starter kits. One of which includes the hub (remember, it's also a camera) and a contact sensor (i.e., a door/window sensor), and this is going for S$25/month for 24 months (S$600) for Singtel Fiber Broadband customers. Non-Singtel Fiber customers can buy it too, but at a more expensive one-time price of S$650.

The other kit trades the contact sensor for a Samsung SHP-DP727 smart door lock, and is going for S$45/month for 24 months (S$1,080) for Singtel Fiber Broadband customers. Non-Singtel Fiber customers can buy it for S$1,260. The SHP-DP727 comes with a digital touch keypad with random security code feature, a dual authentication mode, and accepts various forms of access, including via an RFID card. For the most part, it’s very similar to the more expensive SHS-DP728 that supports fingerprint access, and which Singtel is also selling separately for S$1,080. 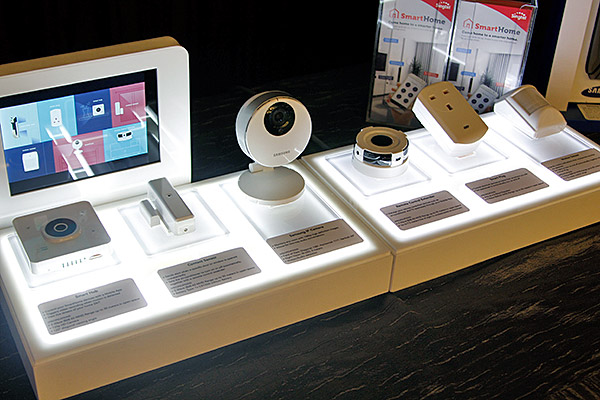 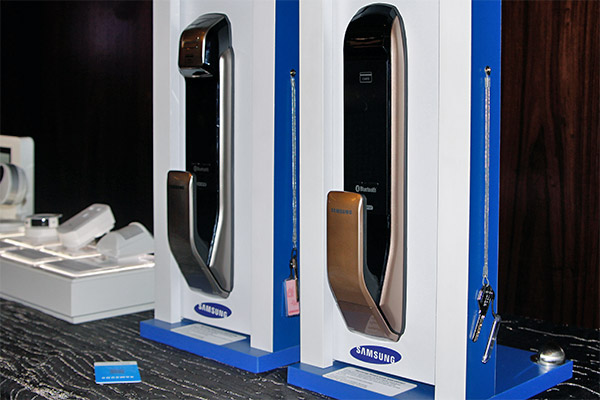 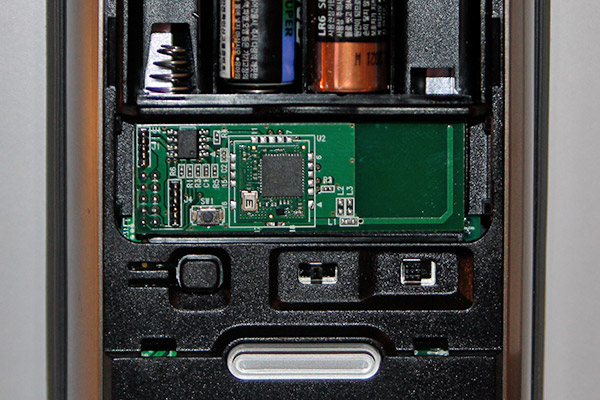 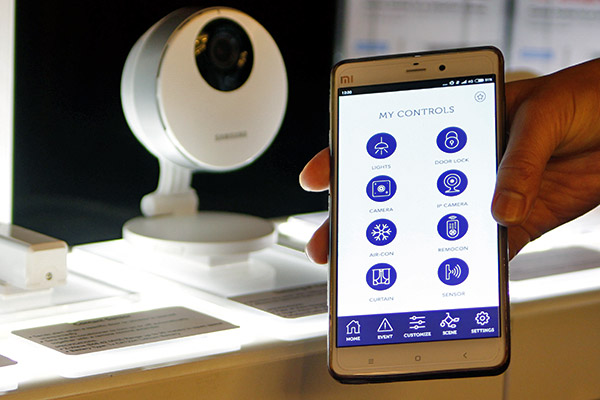 Also worth mentioning here is that for both kits, the prices include Singtel or Hanman personnel dropping by your place to advise on equipment setup, teach you how to add devices to the hub, as well as how to use the True-i app. If you bought the SHP-DP727 kit, or the SHS-DP728 or non-push-pull SHS-H505 smart lock, Hanman will also provide installation service.

(A little side note to smart lock enthusiasts: By default, the Samsung SHS-DP728, SHP-DP727, and SHS-H505 don’t support Z-Wave. Hanman has actually created a Z-Wave module (approved by Samsung, I’m told) to be inserted into the locks. This is what gives you the ability to remotely unlock the doors. Hanman says it’d be selling this S$90 module separately in the near future.)

To sum up, the Singtel SmartHome solution caught me by surprise. Not so much Singtel’s interest in smart living (that’s well documented), but how the new products don’t really come with any strings attached - you don’t even need to be a Singtel customer. Singtel isn’t selling a utility or subscription contract either, since the hub and the devices will continue to function after the 24-month installment period.

Of course at this point, it’s hard to predict if this Singtel SmartHome suite of devices will be a market success. I truly believe Singtel is both testing waters and using it to gain more experience in what's expected to be a huge market in the coming years. The straight-to-consumer move makes a lot of sense, because this means you don’t need to buy a new flat or condo to get your first smart home. Same for the installment scheme, as it lowers the cost hurdle (mentally). What has to be said too is that costs can rake up fast if you want to add more smarts around the house beyond what the two starter kits offer. On Singtel's webstore, its contact sensor, motion sensor, and smart plug are going for S$80 each; the remote blaster for controlling IR devices S$150; and the full HD Samsung IP camera S$200.

After sales support in the near term could prove to be a challenge too. For one, Singtel is still very new to this; secondly, while device interoperability is a strength of Z-Wave, it’s not a given. So while Singtel claims its hub is able to work with more than 200 compatible smart devices, at the moment, it's only listing/selling eight devices on its website. This is where Hanman plays another important role: the home automation system integrator is already working with Singtel to certify and add more devices to the list.

Finally, when asked about the telco's commitment, Wong Soon Nam, Vice President of Consumer Products at Singtel’s Consumer Singapore basically reassures me that the company is “in this smart home space for the long run”.

For more info on Singtel SmartHome including purchase locations, check out this website.