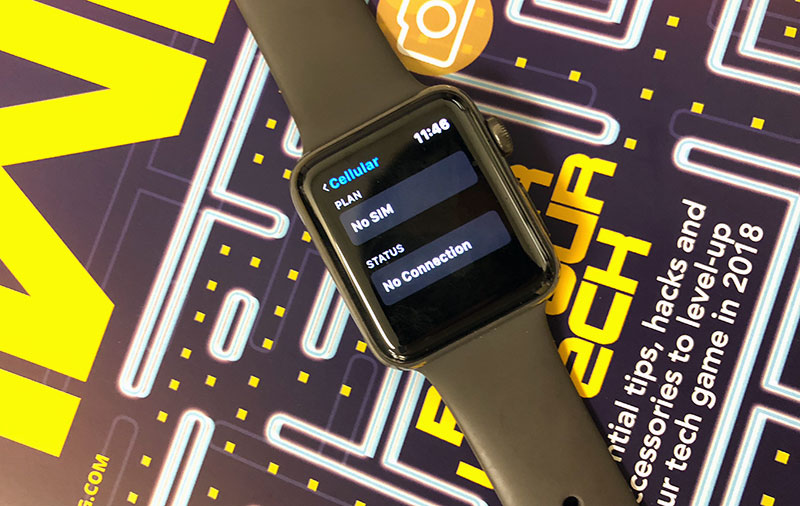 Singtel has announced that NumberShare costs S$6.90/month for a "limited time".

To help customers get started, Singtel will also launch its NumberShare service which allows Apple Watch Series 3 (GPS + Cellular) customers to use the same number as their iPhone, as well as share data and talk time of their mobile plan. Customers can enjoy a special introductory free three-month trial of the service. [...]

If you noticed, Singtel has yet to reveal pricing for NumberShare. But we don't expect it to cost more than S$10/month.

For those who just want to get the LTE Apple Watch (Stainless steel! Hermès edition! Ceramic!), you can order it directly from Apple Store online from Feb 2, for delivery on Feb 9. It goes without saying the most affordable LTE Apple Watch is the regular Series 3 with aluminum case, which starts at S$598 (38mm) and S$648 (42mm).

When the Apple Watch Series 3 launched in Singapore last year, many were (and still are) disappointed that Apple didn't bring in the cellular variant. While some truly want to make calls on the Watch sans a phone, many are bummed because the stainless steel and ceramic cases are only on the cellular models. If true, this suggests the cellular-capable Apple Watch Series 3 is launching in Singapore in the very near future. It’s unknown why Apple didn't launch this version last year, though it’s safe to posit that the telcos weren't ready at the time. While this Apple Watch uses eSIM, Apple’s requirements to the telcos may be different from, say, Samsung, which also has an eSIM-equipped smartwatch in the form of the Samsung Gear S3 Frontier. Based on what the overseas carriers had done, we already know Apple requires the LTE-enabled Watch to use the same number as the iPhone paired to it, which likely means any telco that wants to carry it needs to ready its infrastructure and devise new price plans.

It’s unknown which local telco is going to carry the cellular Apple Watch Series 3. Since Singtel and StarHub have experience with the Gear S3 Frontier (LTE), I’d put my money on either (or even both) making an announcement soon.