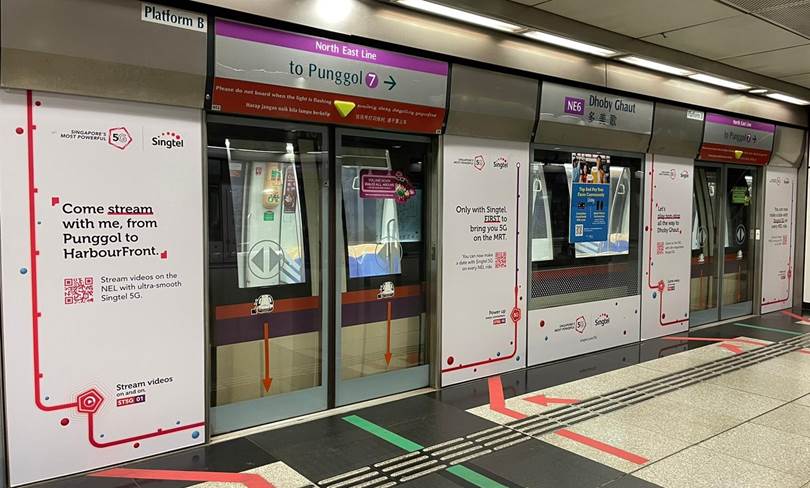 The 5G network runs entirely underground across all NEL stops and within trains, ensuring that Singtel’s consumer 5G network provides unfettered access to Korean dramas and social media content while commuters and subscribers use the transport.

According to its official statement, Singtel’s indoor coverage now spans 300 locations islandwide, which also includes the malls along NEL in its count, as well as aboveground and underground spots.

We’ve reached out to the telco for more information about the underground network’s real-world speeds and expected improvements relative to its existing 4G/LTE network.

Because deploying an underground network is no easy feat, Singtel will be tooting its 5G milestone’s horn by further deploying an awareness campaign along the NEL.

Singtel has been tirelessly expanding and improving its 5G coverage ever since its initial late-2020 launch. For an idea of its progress, you can check out all our Singtel 5G articles here.

Join HWZ's Telegram channel here and catch all the latest tech news!
Our articles may contain affiliate links. If you buy through these links, we may earn a small commission.
Previous Story
Motorola reportedly working on a rollable phone
Next Story
Google Pixel 6a’s launch draws nearer as rumoured production begins