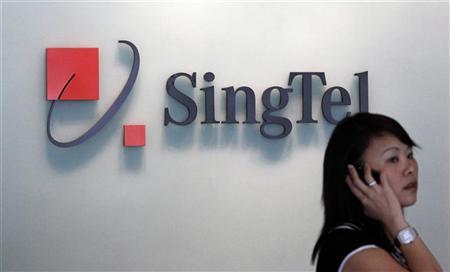 Think that mobile data speed in Singapore is slow? You are not the only one. Well, Google seems to agree: data uncovered by the search engine company has shown that a typical page takes an average of 12 second to load in Singapore, compared to an average of 4.6 to 6 seconds in Hong Kong and South Korea. In fact, Singapore is behind Vietnam as well, but is faster than neighboring countries Malaysia and Indonesia.

What does Singapore Telecommunications Ltd, the biggest of three mobile providers in Singapore, has to say about that? The firm has acknowledged mobile internet speeds in Singapore are slow and has been rolling out changes to improve the situation. For example, it has stopped offering unlimited download mobile plans in hopes of reducing network congestion.

Reuters - "We've done a lot of research and surveys in that area and we're very confident that as we start to give a better quality network and less variations in terms of speed, customers will value that a lot more," Allen Lew, chief executive of the Group Digital Life unit, said at a media briefing.

But James Sullivan, head of Asia telecom research at J.P. Morgan, said improving the network will only partially address the problem in Singapore as the biggest bottleneck for users involves accessing content that is hosted overseas. Mobile Internet speeds on wireless packages apply only to locally hosted content.

The situation will be heavily scrutinized as 4G networks start to further populate Singapore. For now, Singtel and M1 offer 4G services with coverage limited to business district and high-use areas. The former offers Priority Pass services, priced at roughly a third higher than its basic plans, which will give subscribers priority access when the vicinity is congested with users. StarHub, the third telco, has plans to roll out their 4G services later this year.

Join HWZ's Telegram channel here and catch all the latest tech news!
Our articles may contain affiliate links. If you buy through these links, we may earn a small commission.
Previous Story
Sony Launches the BDV-N890 and BDV-N590 3D Blu-ray Home Theatre Systems
Next Story
Sony Releases BDP-S490 and BDP-S590 Blu-ray Disc Players