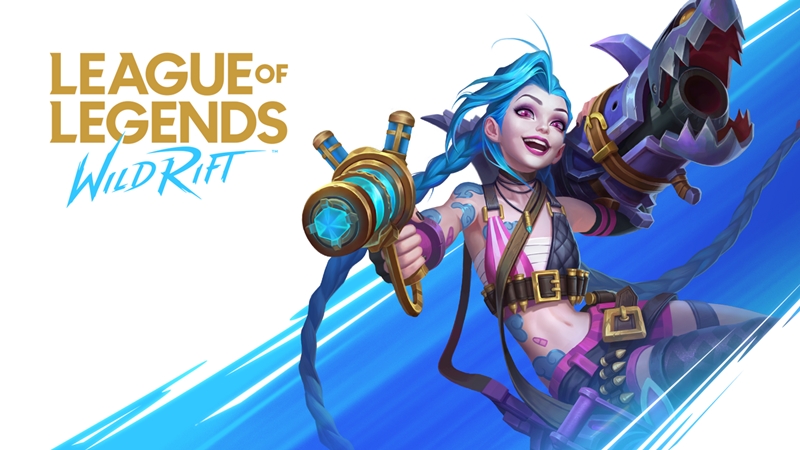 In most cases, mobile gaming is a fantastic way to pass the time nowadays, but it's equally good at burning through your wallet if you exceed your monthly data subscription. Now, that might not be so difficult to adjust for quick-fix games such as Candy Crush, but for gamers who enjoy titles with relatively longer matches like League of Legends: Wild Rift, it can get tricky.

Fortunately for these players, Singtel and Riot Games Southeast Asia have decided to go for a "duo-lane" approach with the new zero-rated RiotGO bundles, which will not only allow Wild Rift players to climb the ranks independently of their data package but also adds in loads of in-game bonuses like free champs, emotes and even recall animations. 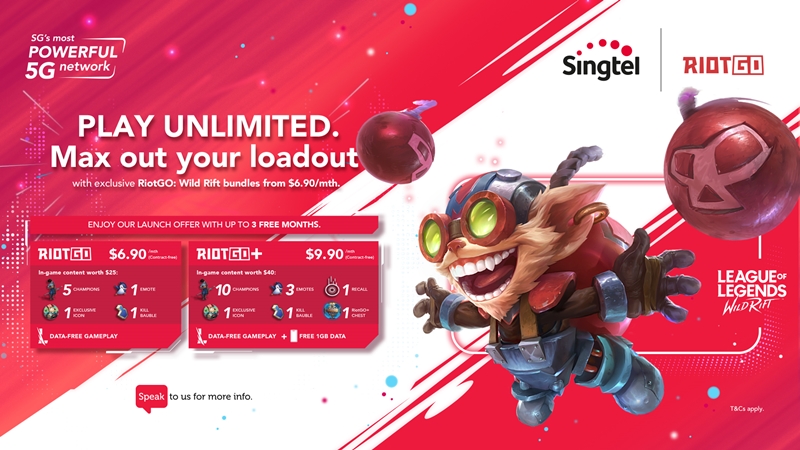 If you didn't manage to catch it, the RiotGO bundles come in two variants: the base RiotGO and RiotGO+, with the main difference between the two being their selection of in-game offerings. The former offers $25 worth of in-game bonuses a month, including five random champions and one each of emotes, icons, and kill baubles, while the latter offers $40 worth of bonuses a month, comprising of 10 random champions, three emotes, and one each of icons, kill baubles and recall animations. In addition, RiotGO+ also nets subscribers a free monthly RiotGO+ chest, which they can open for even more loot.

Also, for those who went off to check how long they have left till their next re-contract window opens, the good news is that you don't have to worry about that at all. When the bundles are released, a complimentary three-month subscription to either RiotGO or RiotGO+ will be awarded to all Singtel 5G postpaid plan subscribers, while those on non-5G postpaid plans will similarly receive a one-month subscription to one of the two packages.

Last but not least, the folks from Riot Games have also clarified that unlike the standard weekly rotations of champions, the monthly pool of random champions acquired via RiotGO will differ from player to player, which helps keep each match interesting since you can't really pin down which champions your teammates and opponents might possess.

As for pricing details, after the three-month or one-month complimentary subscriptions have expired, users will have to fork out S$6.90 a month to stay hooked up to RiotGO, while RiotGO+ is just a touch more expensive at S$9.90 a month. Either way, you'll be getting pretty good value out of either package, not to mention you won't ever receive that dreaded "You have exceeded your monthly data bundle..." SMS while playing Wild Rift again.

Join HWZ's Telegram channel here and catch all the latest tech news!
Our articles may contain affiliate links. If you buy through these links, we may earn a small commission.
Previous Story
Xiaomi launches Mi 11 with Snapdragon 888 chipset globally
Next Story
New videos of Super Nintendo World show off the Mario Kart ride and more