Singpass app is finally ready and available in Huawei's AppGallery

Singpass app is finally ready and available in Huawei's AppGallery 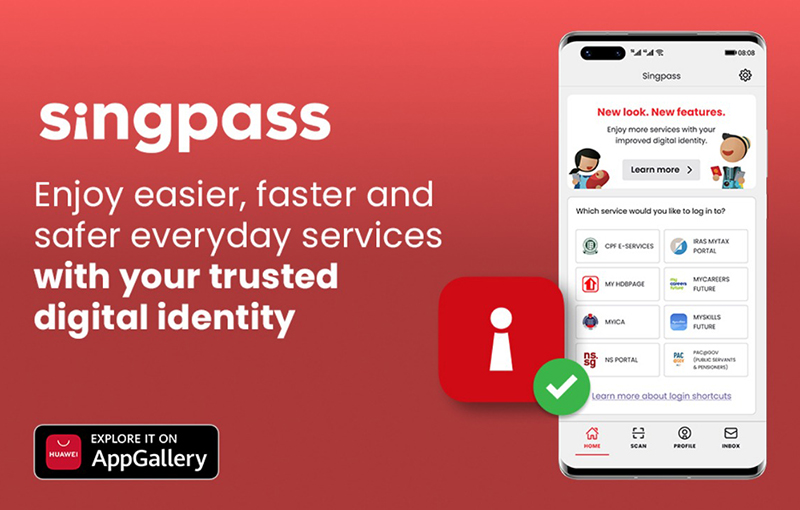 Now, users do not need to side-load the app from a third-party, unsecured source as the app is natively available via Huawei's app store. That, and the app has the necessary tweaks for better compatibility with HMS (Huawei Mobile Services) devices.

According to Huawei, the AppGallery version of the Singpass app was developed by GovTech. The core features of Singpass are available in the Huawei-friendly version as well. Users can expect to review their CPF and IRAS accounts, on top of checking out their bank accounts and insurance policies.

Multiple log in methods are available, too, just like the Android and iOS versions. Users can have Singpass Face Verification and SMS One-Time Password enabled for 2FA.

Previously, Huawei said that the Singpass app had an estimated early 2021 arrival to its app store. Well, better late than never.

With the addition of Singpass, Huawei now has over 96,000 apps integrated with its HMS Core. The last major hyperlocal app to grace AppGallery was TraceTogether, alongside other important local-use apps like Parking.sg, Shopee, Lazada, Grab, TADA, ComfortDelGro, etc.

If you wish to know what hyperlocal apps are available on AppGallery, do follow our updates here.

Join HWZ's Telegram channel here and catch all the latest tech news!
Our articles may contain affiliate links. If you buy through these links, we may earn a small commission.
Previous Story
People Can Fly will be giving out Community Appreciation packages to Outriders players
Next Story
New Brydge 10.2 MAX+ keyboard for iPads arrives in time to go back to the office