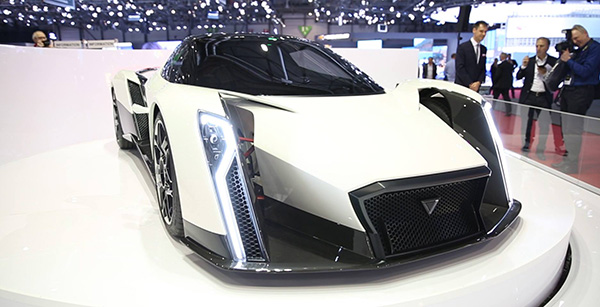 This article is contributed by Lester Wong and first appeared in The Straits Times, an SPH publication, on 9 March 2017, Wednesday.

Singapore's first supercar is making its debut at the prestigious Geneva Motor Show, which runs from March 9 to 19.

The Dendrobium, designed by local company Vanda Electrics and jointly developed and built with Williams Advanced Engineering, is an electric two-seater with four motors powered by Formula E lithium batteries.

From a raw numbers perspective, the Dendrobium is undeniably deserving of the supercar label: going from 0km/h to 100km/h in 2.7 seconds and boasting a top speed of around 320km/h.

With a chassis made from carbon fiber, the Dendrobium's roof and doors are rear-hinged and open upwards and backwards simultaneously, a deliberate echo of the orchid species the car gets its name from.

Honeycomb patterns are a recurring design theme, extending even to the car's dashboard buttons. 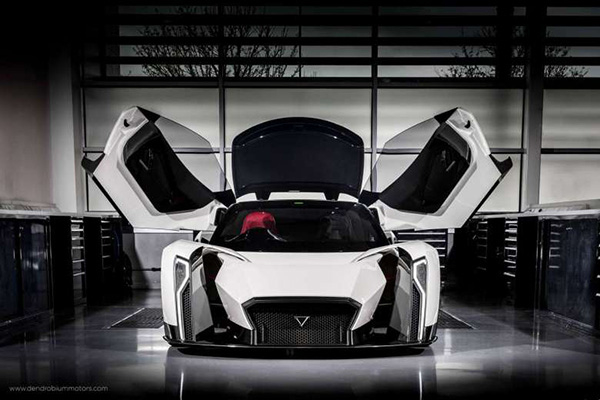 The Dendrobium remains a concept car for now, which means that it does not have all the finalised features a production version would.

The Geneva Motor Show will be the litmus test to see if the supercar will enter production, Vanda Electric's chief executive Larissa Tan told CAR Magazine.

"The plan is to do so, but reaction at Geneva will be key. If it does, it will be made in the tens rather than the hundreds," said Ms Tan.

Vanda Electrics chief executive Larissa Tan seated in the space frame of the Vanda Dendrobium sports car. The car is named after an orchid because of the way its doors and roof open for easy access.

The company has not announced a specific price for the Dendrobium yet but Ms Tan told the Straits Times in October that the figure would be "in the millions".

Still, the supercar is but a lighthouse project for Vanda Electric, meant to bring attention to the company's bread-and-butter electric mobility products.

These include a light truck powered by battery packs for various ranges, and a single-seat e-scooter targeted for densely built-up cities.