Singapore will be the first in the world to get ASUS' new RT-AX88U 802.11ax router

Singapore will be the first in the world to get ASUS' new RT-AX88U 802.11ax router

Note: This article was first published on 10th August 2018. 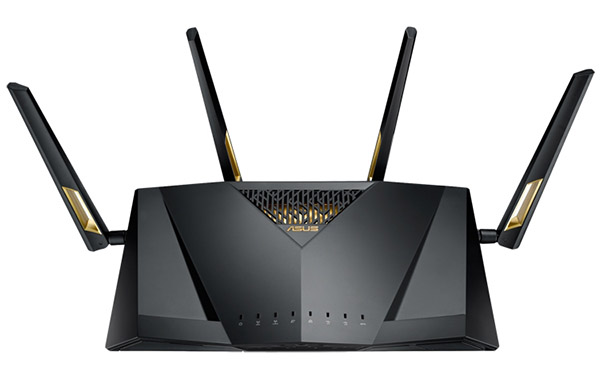 ASUS will make Singapore the first country in the world to get its new RT-AX88U router.

Even though it is a dual-band router, because it supports the new 802.11ax standard, it is able to offer transfer speeds of up to 1,148Mbps and 4,804Mbps over its 2.4GHz and 5GHz networks respectively.

Converted to the more digestible MB/s rating, that means 143.5MB/s over 2.4GHz and 600.5MB/s over 5GHz. You can download movies in mere seconds.

To complement and support its high data transfer speeds, the RT-AX88U router will offer 8 Gigabit Ethernet port connections, allowing users to connect multiple devices such as TV and NAS systems to the router.

The RT-AX88U will also support ASUS technologies like AiProtection and AiMesh. The former protects your networks from online threats while the latter allows users to create their own mesh network with compatible ASUS AiMesh routers.

The ASUS RT-AX88U will likely launch in Singapore in early September (Comex looks like a good time to launch a new router). Pricing has yet to be confirmed.

We will update this article with availability and pricing details once we have them.

Join HWZ's Telegram channel here and catch all the latest tech news!
Our articles may contain affiliate links. If you buy through these links, we may earn a small commission.
Previous Story
All three leaked 2018 iPhone designs shown side-by-side in new video
Next Story
Apple confirms no customer data compromised in teen hacking incident