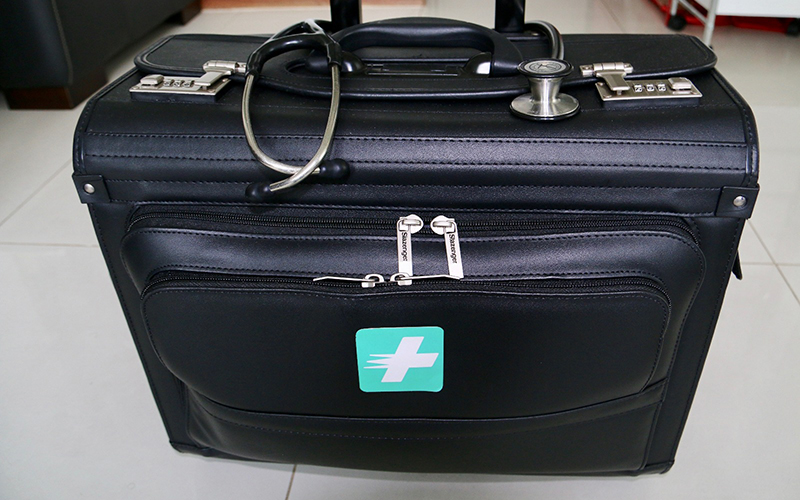 Speedoc doesn’t want you to have to drag yourself out of bed when you’re sick. Its mobile app lets you call a doctor straight to your house, so you don’t have to waste time traveling to and waiting for your GP.

This “doctor delivery” service, as Speedoc playfully calls it, automatically matches patients to doctors within a 5km radius in order to cut down on wait times. The app will also try to match you with a doctor that has seen you before, so your doctor will be more familiar with your medical history.

It taps on a pool of general practitioners and locums to serve patients, and they’ll arrive at your doorstep with the ability to dispense medication and medical certificates where necessary.

Speedoc says it already has a user base of around 500 and a team of 22 doctors, and it partners with clinics as well to carry out essential logistic functions, such as the collection of special medications.

The company was founded by Dr. Shravan Verma, himself a medical doctor, to alleviate problems like overcrowding at A&E departments at public hospitals. According to a 2016 report by SingHealth, A&E departments saw an increase of 36,000 visits per year for the past 5 years, but more than half of these cases were for mild ailments that could be seen by a GP. 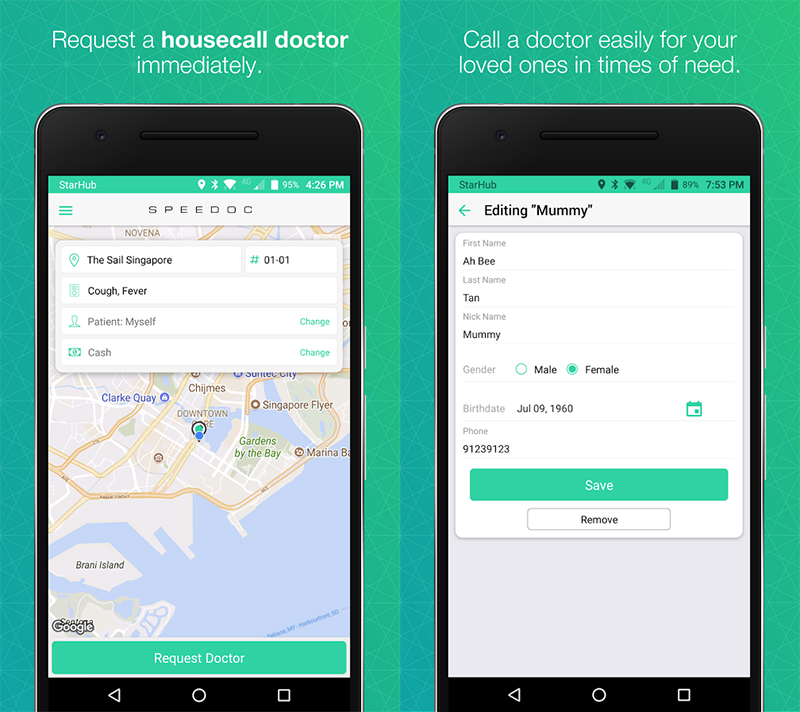 It goes without saying that this is a pretty inefficient use of resources, so Speedoc hopes to relieve the burden on the public healthcare system by taking on non-critical illnesses and even minor procedures that would otherwise see patients visiting A&Es.

The goal is to reduce costs for hospitals, shorten waiting times, and possibly even decrease healthcare expenditure for the government.

As Singapore’s population ages, it’s becoming increasingly important to streamline the delivery of care to patients. Speedoc’s model shifts some of the burden from centralized hospitals back to the community, and patients will be able to pick the type of care they require, be it primary, urgent, or preventive care.

The company is already working to expand the type of care available, and if successfully implemented at scale, this could improve the overall efficiency of the healthcare ecosystem and create a better experience for patients.

The biggest barrier right now is probably price. A single visit could cost upward of S$200, which is in line with existing house call rates, but still more expensive than a visit to the GP. That said, Speedoc says costs should come down over time as it further refines its model.

The Speedoc app is available for download for both iOS and Android.

Join HWZ's Telegram channel here and catch all the latest tech news!
Our articles may contain affiliate links. If you buy through these links, we may earn a small commission.
Previous Story
Xigmatek’s X-Miner 1,800W power supply is unbelievably affordable
Next Story
Panasonic announces the launch of the Lumix DC-GX9K