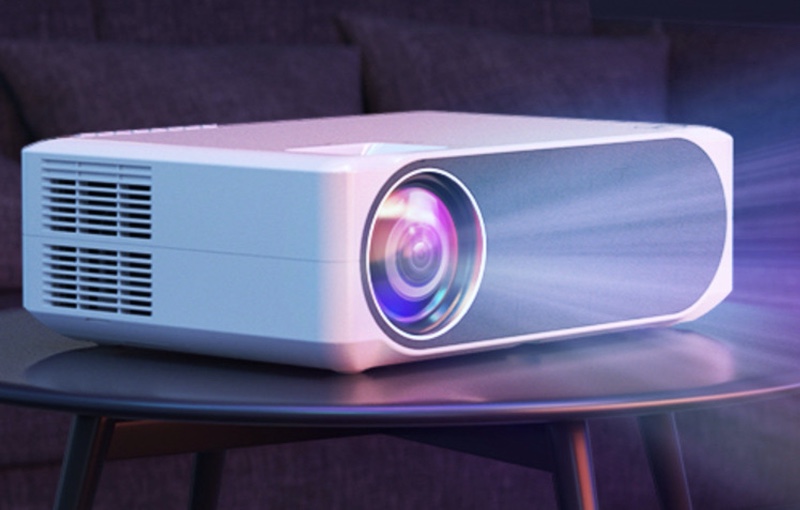 *Updated: 22 October 17.00 with comments from the company on their distribution of the projector*

Short-throw projectors are all the rage these days with only Sony holding out in launching one. So far, most have come from the usual players but now Singapore has a homegrown company Lumos, launching their 1080p native resolution projector, the Auro. And at a very attractive price point.

The devil is in the details 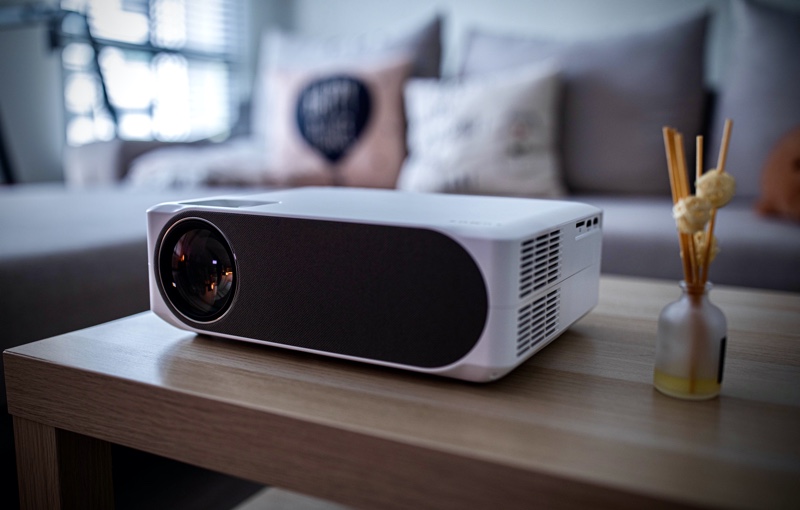 Besides the previously mentioned resolution, the Auro has a very respectable brightness output of 6,000 Lumens. For the screen size, being a short-throw projector, a distance of 1.5m will display a 50-inch screen on the wall while being 3m away can give a screen size up to 100-inches for the best cinematic experience.

Weighing 3kg and shaped and sized like most projectors at 31.3cm x 23.2cm x 10.4cm, the Auro has a Keystone Correction of up to +-50 degrees, means the projector can also adapt to various placement positions. So even when placed at an angle, the projector can be adjusted to project a flat image parallel to your wall.

For audio immersion, the projector supports Dolby Audio AC-3 for crisp and rich surround sound for the best of visual and audio quality from the built-in speakers.

Plug in and play your favourite gaming consoles like the PS4, Xbox One, and Nintendo Switch and feel the difference the large screen makes when gaming. These can be connected to the projector via HDMI, VGA, and USB-A.

That is all the version Lumos calls their Regular version receives. 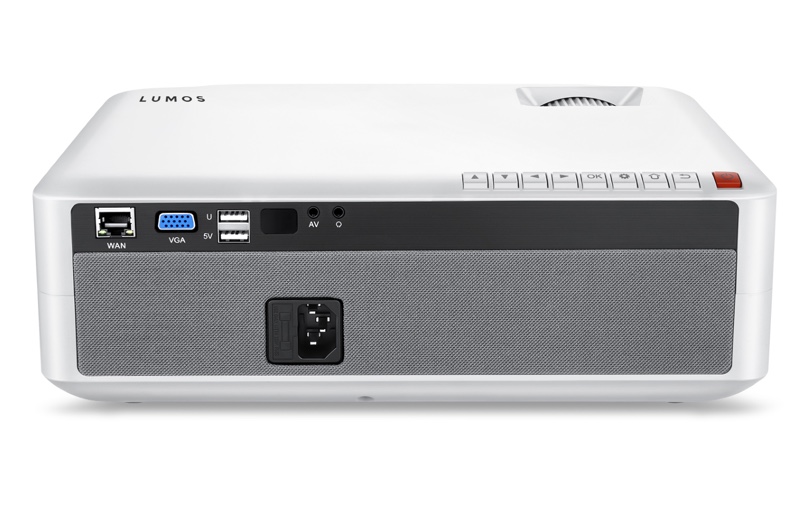 But there is also a Smart version.

Firstly, the Smart model is the only one to have Digital Zoom, meaning that you can adjust it at the comfort of the remote control without having to move the projector around.

Secondly, the Auro Smart comes with an Android OS interface and built-in Wi-Fi. You can also connect audio wirelessly using Bluetooth speakers or headphones for a more immersive sound. Users can access and enjoy Netflix, YouTube, and their own videos, shows and movies without the need for an external device.

Finally, the Smart version also supports casting and screen mirroring from a smartphone etc with AirScreen and MiraCast app rendering the need for cables moot.

Not all good news 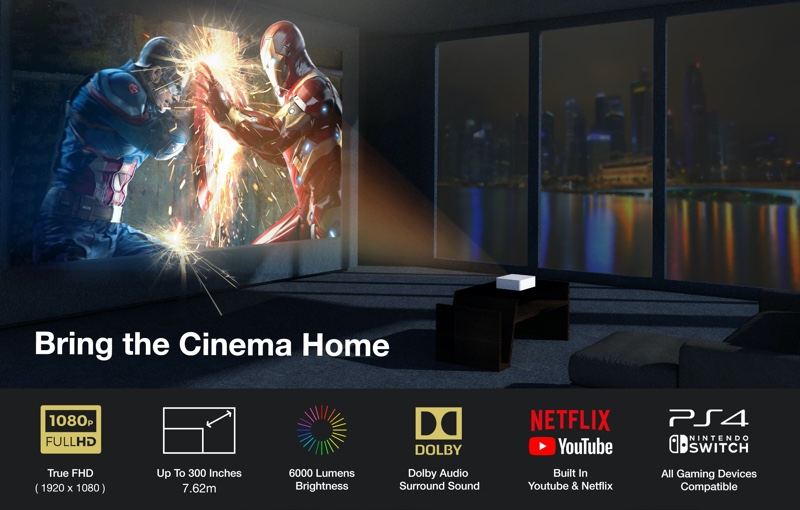 However, only the Regular version is fully compatible with Chromecast and Apple TV. The Smart version isn’t compatible with Chromecast & Apple TV as it is not HDCP 2.2 supported. We’ve covered what HDCP 2.2 support or lack of means but just know that in this case, it means that certain Netflix and YouTube content might not display properly, i.e. such as having video but no audio when connected to Chromecast or Apple TV.

The Lumos Auro is priced at only S$299 and the Lumos Auro Smart at S$398 with 1-year local warranty. Customers who need an adjustable projector stand can add the Rize Adjustable Stand for only S$55. The Lumos Auro Home Cinema Projector is now available for purchase directly from LumosProjector via their website.

Having found and been alerted to other similar products on websites like Alibaba , we reached out to the company for clarification. According to Zac Tan, Co-Founder of Lumos Projector, they are one of the few officially licensed to sell this product in Singapore.

Tan also added that the units Lumos receives are built to order to meet local specifications and undergo proper production and full-line testing and receive a one-year full local warranty and a dedicated support team. So should a customer who purchase it from other overseas sources have an issue, they will be unable to receive any warranty support from the manufacturer. In the event of any fault or issue, Lumos Projector will repair or exchange a unit if required.

Join HWZ's Telegram channel here and catch all the latest tech news!
Our articles may contain affiliate links. If you buy through these links, we may earn a small commission.
Previous Story
FaZe Clan's recent Among Us tournament showcased the game's huge esports potential
Next Story
Samsung says it has overcome the limitations of blue QLEDs