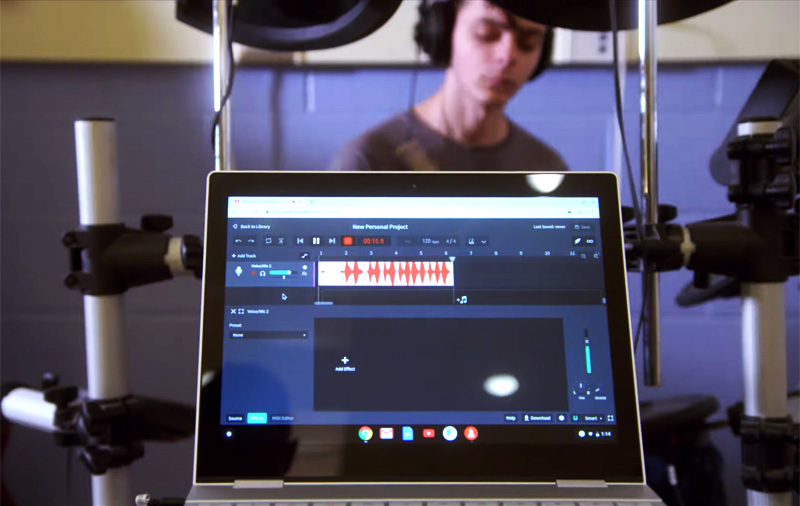 Amidst the excitement from the announcement at the recently concluded Google I/O conference last week, one thing you might have missed is local startup BandLab being featured in two of the Google presentations.

Once, as a creative tool for a pediatric cancer patient program, and then as a collaboration tool used by a teamof professional musicians in different countries to develop a hit song. With the first case study, BandLab was used by James Orrigo (Lad in a Battle) to bring students together to cheer up a pediatric patient, bringing his favorite things to life via video, art and music.

With the second case study, BandLab was used by three creatives in London, San Francisco, and Los Angeles to facilitate remote collaboration for a commercial dance track, We Need a Change. BandLab allowed the three artists to work on and share their song edits seamlessly, letting them turn ideas into reality. The song has since achieved a spot on the top 10 dance chart. Here's a video of how that worked:

These Musicians Made a Top 10 Hit. On a Free App, BandLab from BandLab on Vimeo.

Pretty good results for a app that has now surpassed 7 million registered users from over 130 countries worldwide. BandLab says its users are now making over 2 million songs a month on the platform, pretty impressive for something started right here in Singapore.

The app is available for download on the Google Play and Apple app stores, and the web version is accessible at www.bandlab.com.

The video segment on BandLab follows.

Our articles may contain affiliate links. If you buy through these links, we may earn a small commission.
Previous Story
DJI’s Osmo Action is cheaper than the GoPro Hero7 Black and has two screens
Next Story
The Lenovo ThinkPad X1 is a full-fledged, foldable laptop that’s coming in 2020