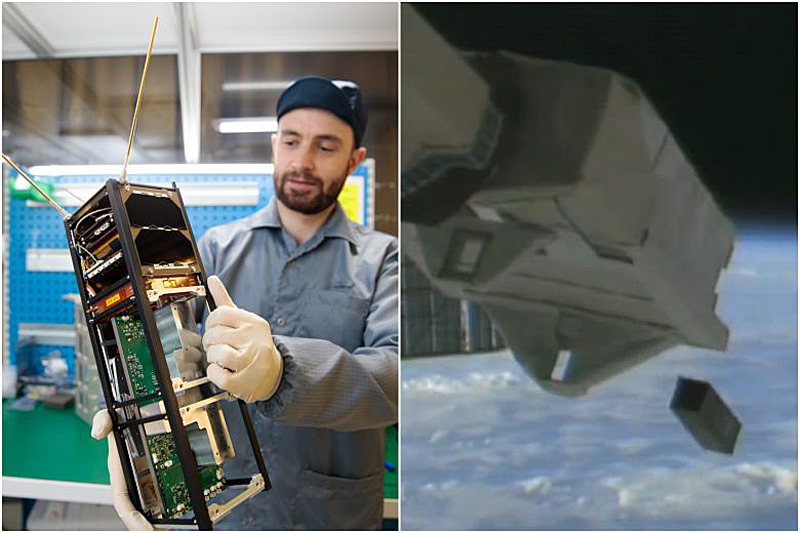 This article is contributed by Walter Sim and a version of it first appeared in The Straits Times, an SPH publication, on June 19, 2019.

TSUKUBA (Ibaraki) - A nanosatellite, developed by a team of Singapore researchers looking for a breakthrough in cyber security and data encryption, has been put into orbit. Slightly smaller than a shoebox, SpooQy-1 was launched by the Japan Aerospace Exploration Agency (Jaxa) to the International Space Station (ISS) in April, and then deployed into orbit on Monday (June 17).

The deployment was done with the support of Jaxa's Flight Support Team, which was liaising with American astronaut Nick Hague on board the ISS, and witnessed by former Japanese astronauts Koichi Wakata and Norishige Kanai. 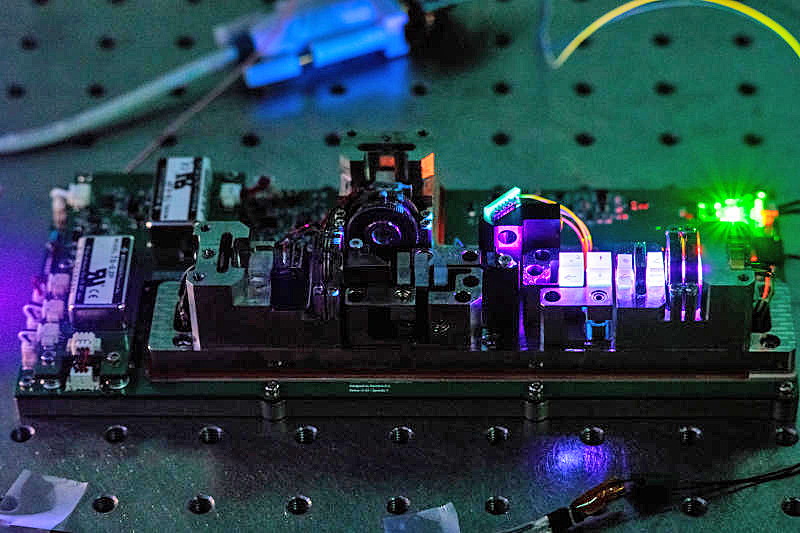 SpooQy-1, which measures just 30cm by 10cm by 10cm and weighs 2.6kg, is the brainchild of the Center for Quantum Technologies (CQT) at the National University of Singapore.

This is the first Singapore satellite to be deployed into low earth orbit by the ISS.It will demonstrate - in a world first for a nanosatellite - a physical phenomenon known as "quantum entanglement" in space that, if proven, will unlock a "quantum communications" market estimated to be worth S$20 billion over the next decade.

Ms. Lynette Tan, executive director of the Singapore Space and Technology Association, called it a significant moment in Singapore's space research. "We are now part of the greater space community in the collaborative work done on board the ISS," she said, adding that the work by CQT has the potential of putting Singapore on the world map both in quantum and space technologies given the new ground it is breaking.

SpooQy-1, which may have a lifespan of between six and 18 months, builds on a previous mission in 2015 and will demonstrate the concept of the "monogamy of entanglement". What this means is that, like in a monogamous relationship, each pair of photons or light particles - carrying encoded bits of information - is so intimately correlated regardless of distance that no third party can interfere, CQT director Artur Ekert told The Straits Times. "When the two are so close to each other, there's no third party that can be also equally close," he said.

Dr Robert Bedington, who co-founded SpeQtral, a spin-off space start-up from the CQT that recently announced seed funding from US and Singapore investors totalling US$1.9 million (S$2.6m), added that the technology will advance research in the encryption of data channels.

“In theory, the entangled photons can be used to generate a data encryption key,” he said. These encryption keys can then be shared between two different remote locations in the most secure way possible.

This will be much more secure than conventional data encryption methods that rely on complex permutations of mathematical sequences, such as the factorization of prime numbers, he said.

"Theoretically this is much more secure than what is deemed secure right now, which is based on mathematical problems that are only assumed to be difficult," he said. "We also know that quantum computers of the future will be able to solve these problems, just that such machines do not exist yet. But when it does, that assumption of difficulty will no longer be true and then you will need other systems."

A third mission, slated for launch in 2022, will build on the results of SpooQy-1 by demonstrating it can securely transmit the encryption keys to ground stations.

Previous Story
We just got PCIe 4.0, but PCIe 6.0 has just been unveiled
Next Story
The Samsung Galaxy Note 10 will reportedly launch on 7 August
Featured Highlights