Singapore comes in first for network latency globally, according to Opensignal

Singapore comes in first for network latency globally, according to Opensignal 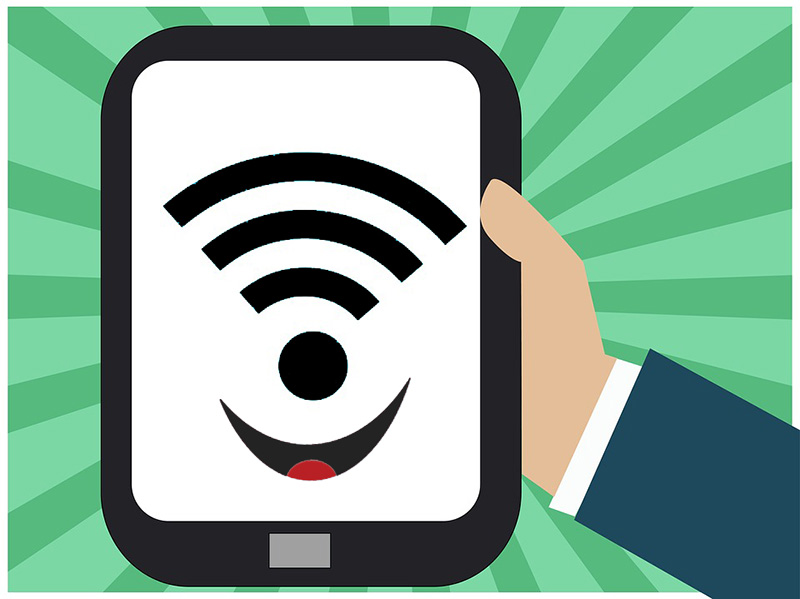 Opensignal has just released the findings from its “State of Mobile Network Experience” study, looking at data from January to March this year. This is just before the first 5G services in South Korea and the U.S launched, and five metrics were studied: 4G Availability, Video Experience, Download and Upload Speed Experience, and Latency Experience. 87 countries across the world were studied, and it seems 4G has become more ubiquitous, with close to 80% availability for most users and 15 markets hitting above the 90% mark.

In terms of download speeds, South Korea came in tops at 50Mbps, with Norway close behind at 48.2Mbps. The global average however, was a measly 17.6 Mbps, barely a third of the highest score. As you can see from the chart below, Singapore doesn’t fare too badly, coming in 5th with a download rate of 39.3Mbps, edging out Japan and North America. 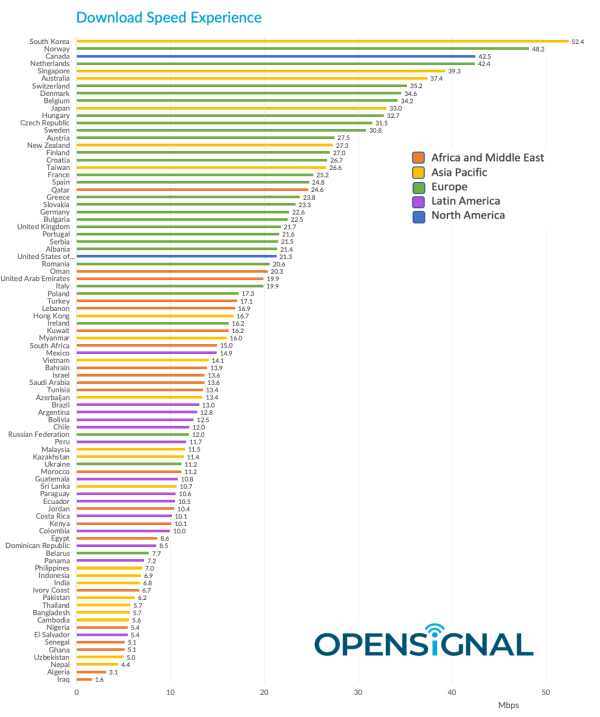 Top upload speeds also saw quite a large variance, with top performers Denmark and South Korea scoring over 15Mbps while Iraq only managed an average of 1Mbps. Interestingly, the widest variance for upload speeds was at the top, with the gap between number one (Denmark) and number ten (Canada) as large as 5Mbps.

Europe’s mobile networks on a whole seem to do quite well in this survey, with the region showing strong performance for Latency experience. Opensignal’s global heatmap shows that Europe leads for responsive mobile experiences, important for gaming and real-time communications. Overall, 13 countries came in under 40 milliseconds, while Singapore came in fastest at just 30.7 milliseconds. 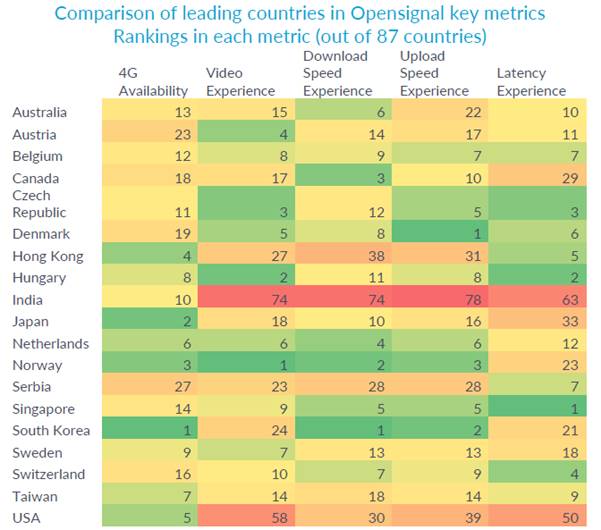 Finally, Video Experience performance was dominated by Northern and Central European markets, with Norway and Hungary leading the way with scores of 74.7 and 74.2 respectively. Singapore came in ninth, with a score of 70.3, and Greece had the lowest score of 65.2. According to Opensignal’s results, that means 25 countries enjoyed Very Good video quality (65-75 out of 100), while none managed to achieve an Excellent rating (over 75).

All in, it seems there’s quite a bit of room for improvement with 4G, and that actual results in implementation can vary widely. Hopefully that something that will improve by the time we roll out 5G.

The full report can be found here.

Join HWZ's Telegram channel here and catch all the latest tech news!
Our articles may contain affiliate links. If you buy through these links, we may earn a small commission.
Previous Story
MediaTek unveils the first mobile chip with an integrated 5G chip
Next Story
Huawei's gorgeous Amber Sunrise P30 Pro is here!