Singapore Airlines to fly its first Boeing 737-800 in March 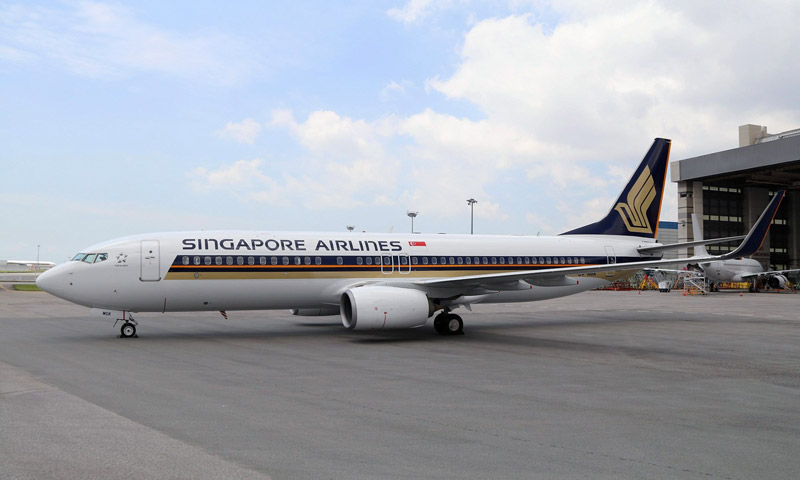 While the full integration of SilkAir into Singapore Airlines (SIA) is not expected to be completed until April 2022, the Star Alliance carrier will begin operating the first of nine ex-SilkAir Boeing 737-800s this March.

The first of these narrow-body aircraft will be deployed by SIA on the Singapore-Phuket route from 4 March, says the national carrier. Alongside integrating former SilkAir routes into its network, SIA says it will also deploy the 737s on points within its current network. The first of these will be Brunei in March. The other nine 737s, configured to seat 12 business class and 150 economy class passengers, will join the fleet progressively.

These Boeings are also of the 800 variant, not the MAX, of which SIA has six in storage and a further 31 on order. The 737 MAX were grounded worldwide from March 2019 to December 2020 after two fatal crashes linked to faulty onboard MCAS systems, with the Federal Aviation Authority only rescinding that order earlier this week - and paving the way for the aircraft to return to full service with airlines.

Singapore Airlines has previously said at a July financial results announcement that the SilkAir integration remained on track, despite the upheavals caused by the coronavirus pandemic. Its plans to integrate SilkAir operations have also been complicated by the worldwide grounding of the Boeing 737 Max. While several other regulators in Europe and the Americas have followed the FAA in lifting the grounding of the 737 Max, Singapore authorities, as well as other regulators in the region, have yet to do so.

The airline has also previously mentioned that the 737s will be retrofitted with new cabin products, including such as flat-bed seats in business class so as to keep its hard products in line with its wider fleet of Boeing 777s, 787s and Airbus A350s and A380s. However, it looks like the first few 737-800s in Singapore Airlines livery will still be using existing SilkAir-era seats (albeit likely refurbushed to Singapore Airlines' colors) as there were no mention of new inflight retrofits in its latest announcement.

That said, passengers on these aircraft can look forward to SIA's award-winning suite of in-flight offerings on regional routes. This includes the renowned service offered by Singapore Airlines cabin crew, enhanced food and beverage options, and the KrisWorld in-flight entertainment via a web-based platform.

Join HWZ's Telegram channel here and catch all the latest tech news!
Our articles may contain affiliate links. If you buy through these links, we may earn a small commission.
Previous Story
Xiaomi's Air Charge Technology can charge devices wirelessly across the room
Next Story
February has the best PlayStation Plus lineup of free games in a long time