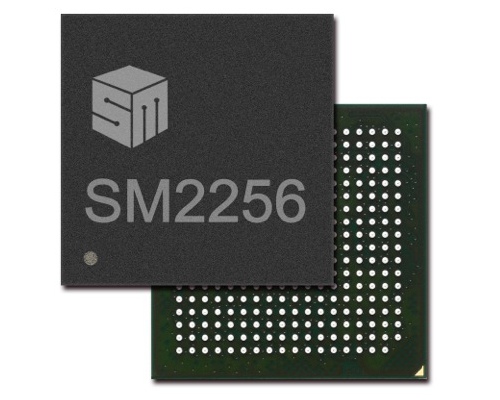 We wrote before that TLC NAND could help drive costs of SSDs down as well as increase its capacities. However, the only manufacturer that is offering drives with TLC NAND right now is Samsung. But this could change with Silicon Motion's new SSD controller.

However, what this really means for consumers is that other brands can now make use of this new controller to offer their own TLC NAND SSDs. More competition could mean lower prices for consumers. And although Silicon Motion did not mention any partners, they did say that it will take as little as six months for a vendor to begin shipping drives upon engagement.

Join HWZ's Telegram channel here and catch all the latest tech news!
Our articles may contain affiliate links. If you buy through these links, we may earn a small commission.
Previous Story
Microsoft Unveils S$40 Nokia 130, the most affordable phone with video and music player
Next Story
Lost your Android phone? Get the person who found it to call you