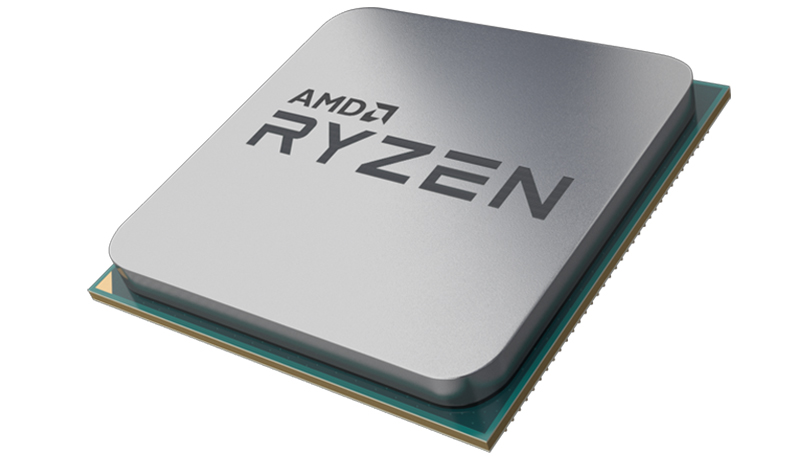 AMD’s Ryzen processors may actually be the comeback that the company hoped for (and needed). According to the latest figures from PassMark, which tracks the number of benchmark submissions it receives, submissions from AMD systems have leapt quite impressively, a sign that Ryzen is helping AMD muscle in on Intel’s territory.

AMD submissions rose over 10 per cent, according to figures for the second quarter of the year, up from 20.6 per cent in the previous quarter to 31 per cent (a later update lowered the jump to 26.6 per cent, which is still a 6 per cent increase).

Either way, that’s still the biggest single-quarter increase PassMark has recorded since it began keeping track in 2004. 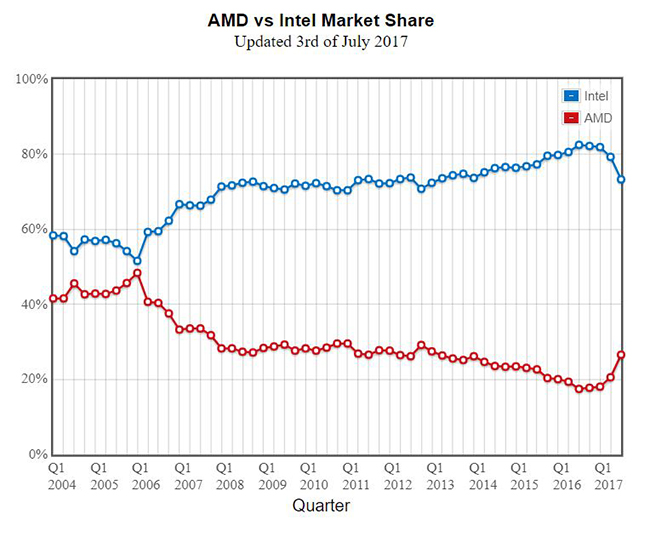 There are of course certain caveats to bear in mind. For one, these numbers only reflect AMD’s improving fortunes among PassMark users, who are more likely to be enthusiasts with an interest in tinkering with the latest hardware.

PassMark is also limited to Windows PCs, so the submissions don’t include Macs or any other hardware. Finally, and perhaps most importantly, the benchmark submissions represent CPUs in use and not CPUs purchased.

Regular consumers are probably a lot less interested in Ryzen, and may feel more comfortable going with Intel, a brand they’re more familiar with and which still resides in the vast majority of OEM systems.

Having said that, Tom’s Hardware also pointed out that the Ryzen 5 1600 shot to the number two spot on Amazon’s bestselling CPU list over the weekend, upsetting the Intel Core i5-7600K, a longstanding favorite.

As with the PassMark numbers, Amazon’s list of bestsellers is not a definitive indicator of overall market share, but it is yet another positive sign of a growing enthusiasm for Ryzen. That said, the list updates hourly, so it remains to be seen how long the Ryzen 5 1600 will keep its number two spot.

But all things considered, Ryzen is definitely shaking up the CPU market and challenging Intel's dominance, especially when it comes to price-to-performance ratios. Ryzen OEM PCs are also on the way, so these positive signs could soon translate into market share increases that are reflected in more than just PassMark submissions or Amazon bestseller lists.