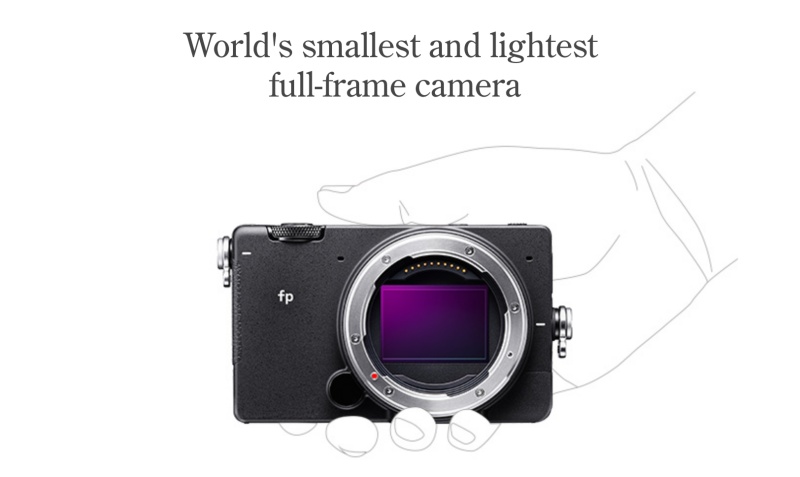 Sigma, a company known for its camera lenses, has unveiled its first full-frame mirrorless camera.

The Sigma fp is said to be the world's smallest and lightest full-frame mirrorless camera. Measuring 112.6 x 69.9 x 45.3mm and weighing a mere 370g (without battery and card) or 442g (with battery included), the Sigma fp has a slightly bigger footprint than the Sony RX100 VI. Considering that the Sigma fp has a 24.6MP 35mm full-frame sensor and the Sony RX100 VI has 20.1MP 1-inch sensor (13.2mm x 8.8mm), it's an impressive feat of design and engineering for Sigma!

The Sigma fp has a robust and lightweigh aluminum body with dust- and splash-proof sealing on a total of 42 points over the chassis. A large heat sink mounted between the LCD and camera body, and a heat dissipation coating applied to the outer surface, helps to prevent overheating at high temperatures or prolonged usage.

Sigma states that the fp will be released later this year, but no pricing has been announced at time of publication.