The Aonic 215 are Shure's first ever true wireless earbuds

The Aonic 215 are Shure's first ever true wireless earbuds 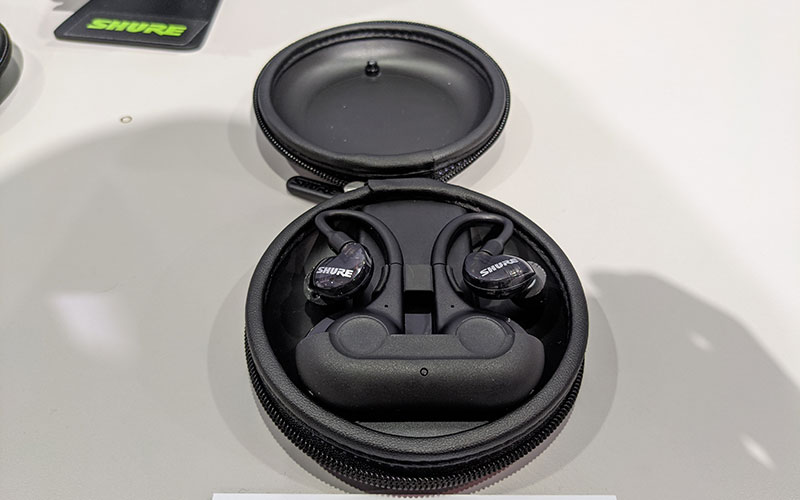 The Aonic 215's design is classic Shure, and they're based off the popular SE215. Shure hasn't really tweaked the sound profile, but it has swapped out the regular cable for an over-the-ear loop that holds the battery and control buttons. This makes for a less compact form factor than many true wireless earbuds today, but Shure is claiming up to eight hours of playback from a single charge.

The included carrying case can also provide three more charges, useful when you're on the move.

The Aonic 215 is really the SE215 attached to a wireless module via an MMCX connector, and while it looks a little clunky, it should sit in your ear more securely. You'll also have the option to switch to a wired cable if you run out of battery, a nice bit of flexibility that ensures your earbuds aren't just completely dead in the water. 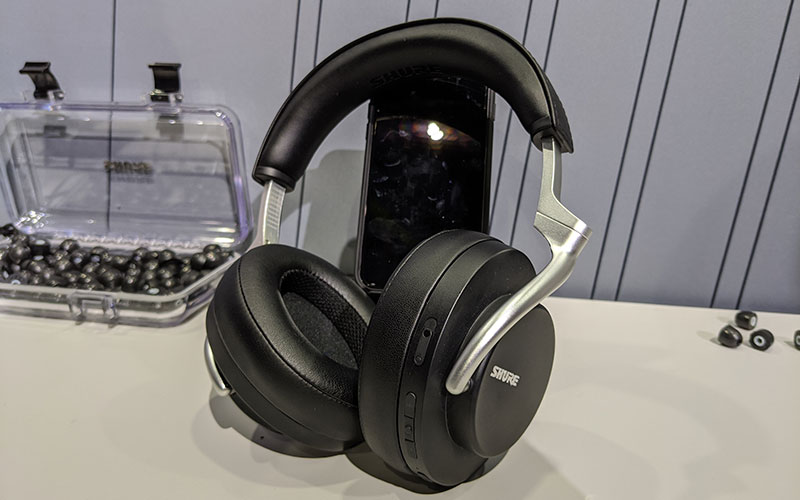 On the other hand, the Aonic 50 is a more premium set of cans that look like they want to be in the running when you decide which headphones to bring on the plane. Shure is claiming up to 20 hours of use on a single charge, which is pretty decent. 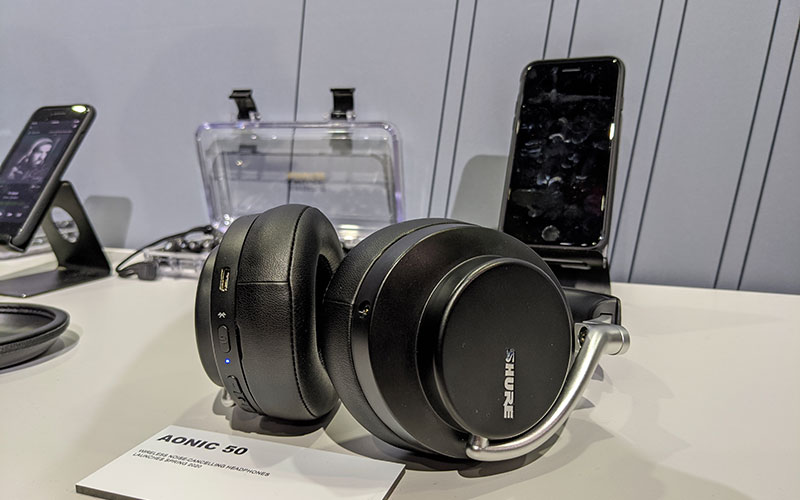 There's also a convenient Environment Mode via the ShurePlus PLAY app that lets ambient noises in if you need some situational awareness. This mode works for the Aonic 15 too, even though that model doesn't have ANC.

Shure says it designed the headphones to be worn all day, and the plush earcups sure look comfortable. Finally, you get a USB-C port for charging and a 3.5mm jack for use in wired mode.

Join HWZ's Telegram channel here and catch all the latest tech news!
Our articles may contain affiliate links. If you buy through these links, we may earn a small commission.
Previous Story
The Insta360 One R is a modular action camera with 360° and 4K lenses
Next Story
Nikon's full-frame D780 is the long-awaited successor to the popular D750