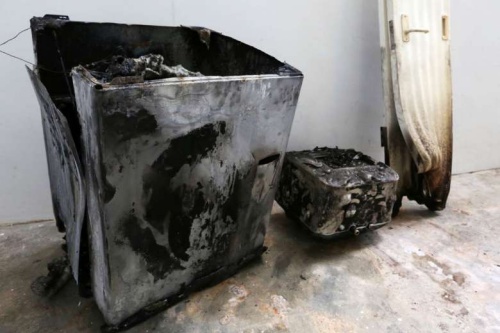 Last week, it was reported that a Samsung washing machine caught fire at a home along Segar Road in Bukit Panjang, Singapore.

Fortunately, the fire was promptly put out by the Singapore Civil Defense Force and no one was injured.

In addition, Samsung wishes to remind readers of the following safety recommendations when using their washing machines.

Finally, Samsung remains committed to customer safety and wants to work with any customer who has experienced any issue with Samsung products in order to investigate the matter and support them.

Join HWZ's Telegram channel here and catch all the latest tech news!
Our articles may contain affiliate links. If you buy through these links, we may earn a small commission.
Previous Story
Audio Technica brings a new sense of Sound Reality with their latest headphones
Next Story
The MSI Trident may be the world's smallest VR-Ready gaming desktop