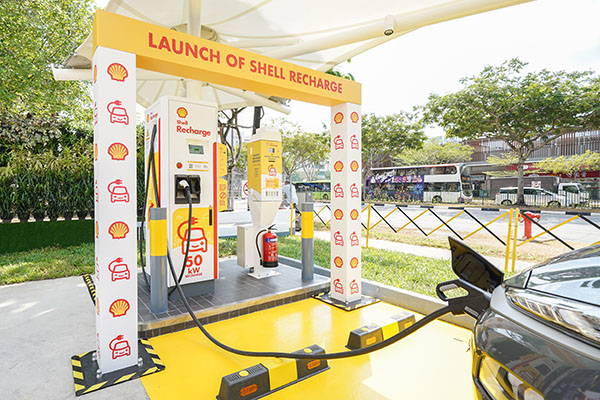 This article is contributed by Christopher Tan and a version of it first appeared in The Straits Times, an SPH publication, on Aug 19, 2019.

Following what it has done in its network in Britain, the Netherlands and China, the Dutch oil giant has equipped its Sengkang station - at 61 Sengkang East Road - with a 50kW direct current (DC) fast-charger.

Nine other stations across the island will have this facility - dubbed Shell Recharge - by October. Shell has 57 fuel stations in Singapore.

But unlike the other markets, Singapore has a negligible electric vehicle (EV) population.

According to the Land Transport Authority, there are only about 1,100 EVs here, accounting for 0.1 per cent of the total vehicle population.

Shell Recharge charges $0.55 per kWh, slightly higher than rates at some other fast-chargers here.

Shell said the move is part of its strategy to "meet Singaporeans' evolving demand for convenience and mobility solutions".

Part of this involves revamping its network of stations and stocking its station stores with its own food label, Deli by Shell.

Close to 60 per cent of its network have been upgraded, with the rest scheduled to be done by the end of next year.

The move to set up 50kW DC chargers - which can juice up a battery-powered car in 30 minutes - also follows findings from a Shell-commissioned study. 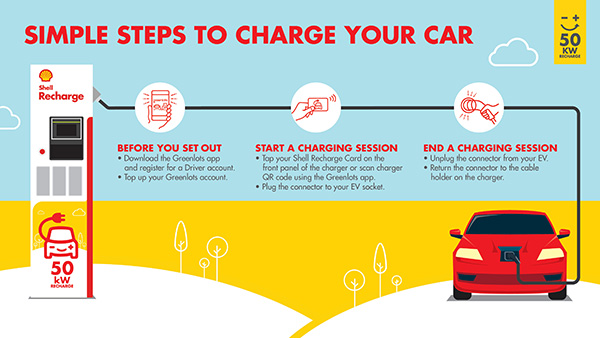 Polling 1,000 people aged 18 and above online in July, Shell found that one-quarter of respondents are open to buying an electric car in the next 24 months, even as half of them feel it is impossible to own one if they live in a high-rise because of a lack of access to a charging station.

Ms Aarti Nagarajan, Shell's retail general manager, said: "Our insights show that Singaporeans worry about lack of sufficient and fast-charging options for EVs, which is why we are taking the first step to launch Shell Recharge and offering customers a rapid-charging solution at convenient and strategic locations."

Most public EV charging points here - including those at Housing Board carparks - are slow chargers, which take several hours to recharge depleted batteries.

DC fast-chargers can do so at a fraction of the time, but they make up a small percentage of the network, with few being located under shelter and with immediate access for users to food and beverage. 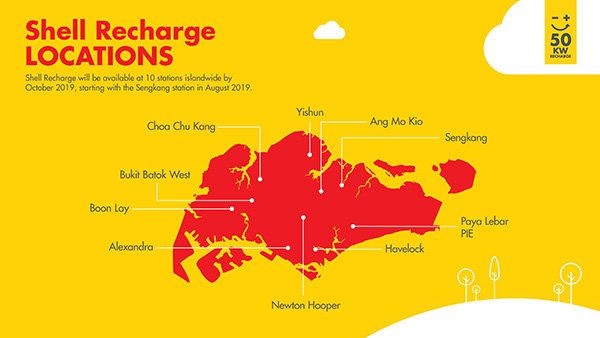 Ms Nagarajan added: "With Shell Recharge, customers can easily charge their EVs while they enjoy our air-conditioned shops and pick up a coffee, a fresh pastry, a delicious ready-to-go meal or a quick snack."

Shell Recharge points are set up by Shell-owned Greenlots, which has a network of more than 100 public and private charging stations islandwide in 50 locations.

And 99 charging points of EV-sharing firm BlueSG's network are also open to the public, but these are slow chargers.

Join HWZ's Telegram channel here and catch all the latest tech news!
Our articles may contain affiliate links. If you buy through these links, we may earn a small commission.
Previous Story
Here is the trailer for Apple's The Morning Show, starring Jennifer Aniston, Reese Witherspoon, and Steve Carrell
Next Story
Minecraft is getting ray tracing support and it looks beautiful