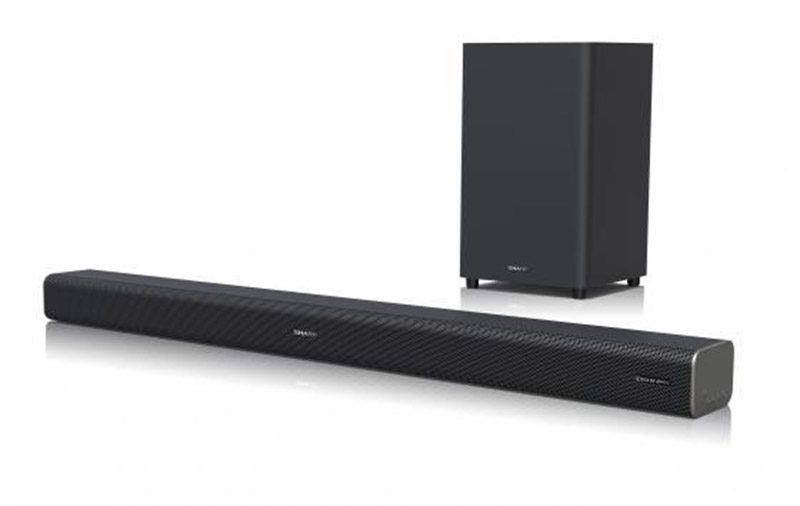 In addition to new 4K TVs, Sharp has revealed that its latest Dolby Atmos soundbar is now in stores too.

The HT-SBW460 has three HDMI ports, with two serving as inputs and one for ARC. You also get optical-in, audio-in and coaxial terminals, as well as a USB port. While there’s no onboard Wi-Fi, there’s Bluetooth (v4.2) for basic audio streaming. There’s no AirPlay 2.

Finally, bass is handled by a separate wireless subwoofer and the total output for the 3.1-channel system is rated at 220W. For what it’s worth, while this is being marketed as an Atmos soundbar, all the speakers seem to be front-firing units.

Join HWZ's Telegram channel here and catch all the latest tech news!
Our articles may contain affiliate links. If you buy through these links, we may earn a small commission.
Previous Story
Panels made in Japan: Sharp’s 2020 4K TVs are now available in Singapore
Next Story
Next-gen Apple TVs said to come with A12X/Z and A14-like chipsets