Sharp has a 5.5-inch IGZO display that offers a mind-boggling 4K resolution

Sharp has a 5.5-inch IGZO display that offers a mind-boggling 4K resolution 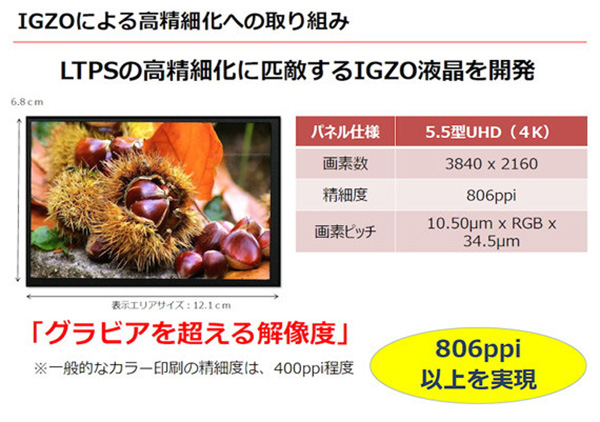 Early last year, we wrote that we could be looking at the beginning of a display resolution war - like cameras and their megapixel war - and it seems that Sharp is keen to keep this "war" going.

Sharp has just announced it has a new 5.5-inch IGZO display that is capable of showing 4K resolution. If you do the math, this works out to a mind-boggling 806 pixels per inch. The current titleholder is Samsung's Galaxy S6 and S6 Edge, which has a 5.1-inch 2,560 x 1,440 pixels display offering "just" 577 pixels per inch.

According to reports, Sharp is now shipping demo units and volume production is only expected to begin in the later part of next year. This unfortunately means that the earliest one can expect to see these displays on device would be early 2017.

The more important question, however, is will anyone be able to see the difference at normal viewing distances? And what impact on performance will such high resolution displays have?

Join HWZ's Telegram channel here and catch all the latest tech news!
Our articles may contain affiliate links. If you buy through these links, we may earn a small commission.
Previous Story
Garmin offers GoPro alternative with VIRB X and VIRB XE action cameras
Next Story
Samsung Galaxy Tab A tablets listed on IDA's website, imminent launch in Singapore?