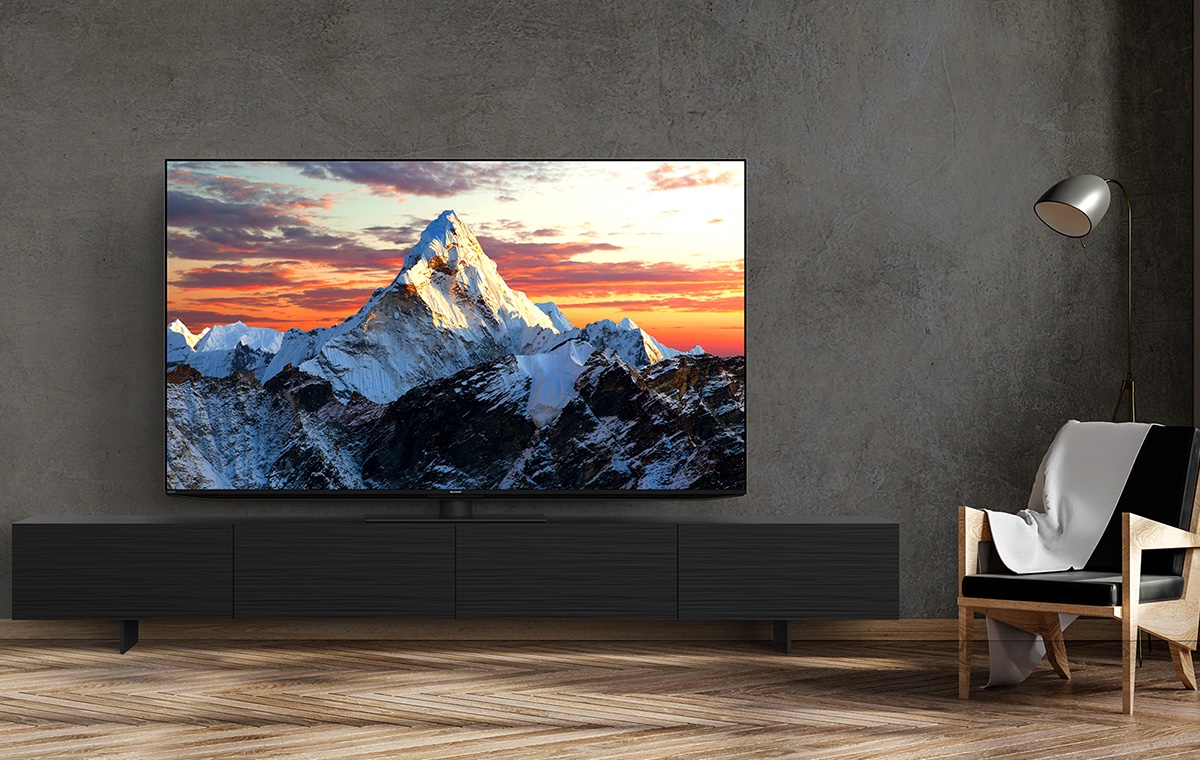 As part of their CES 2023 announcements, Sharp will be unveiling its flagship AQUOS XLED TVs for the first time to a global market.

Sharp’s AQUOS XLED technology is created using mini-LED backlighting and quantum-dot technology. It uses Deep Chroma QD technology or quantum dot technology to convert the wavelength of the backlight to enable highly pure generation of the three primary colours to achieve superb brightness and contrast and a wide colour gamut.

This is similar to what Samsung uses for its Samsung QN95B Neo-QLED TV launched at CES 2022.

Sharp’s AQUOS XLED TVs were first launched in Japan in December 2021 and then entered the China and Taiwan markets.

As part of its booth at CES 2023, Sharp will be exhibiting a 120-inch AQUOS XLED prototype TV. Taking advantage of its large screen and high contrast, it can be used not only for digital signage and public viewing displays in commercial facilities, but also for home theatres despite lacking a tuner unit.

It will launch in the United States in three sizes (75- inch, 70-inch, and 65-inch) in spring of 2023 before getting a roll-out in Canada, Mexico, China, Taiwan, ASEAN and the Middle East countries and regions starting this spring. We will update this article with the prices when we have more information.

Join HWZ's Telegram channel here and catch all the latest tech news!
Our articles may contain affiliate links. If you buy through these links, we may earn a small commission.
Previous Story
Samsung brings AI Oven, bigger display for fridges, and a new SmartThings home command centre
Next Story
Samsung’s CES 2023 Odyssey monitors bring a bird’s eye view to your battlestations