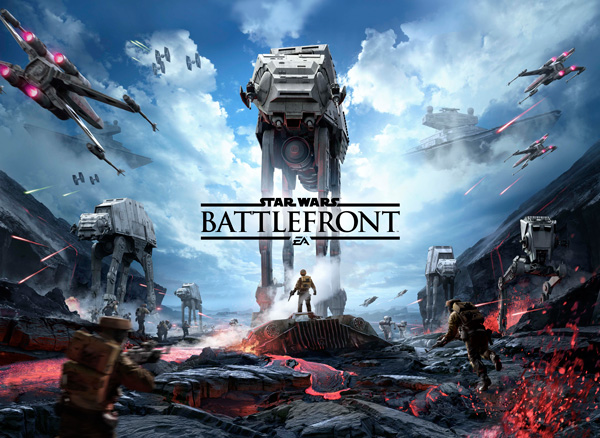 The Star Wars hype train has been gathering steam for a while now. While the new toys and Star Wars: Rebels have been doing a good job stoking the flames, they are nowhere near enough. That's why EA's released Star Wars Battlefront today, which is the last milestone before the release of The Force Awakens.

In case you forgot about the game, you can read our impressions of the Beta here, but suffice to say, if you've always wanted a new Battlefront that captures the spirit of Star Wars' land battles, Battlefront is the game you're looking for.

On top of that, November 17 also marks another significant release; the release of the Star Wars Limited Edition PS4.

The limited edition PS4 will come with a PS4 console with a custom image of the Dark Lord of the Sith plastered on its side, a custom PS4 DualShock 4 controller, a copy of Star Wars Battlefront and of course, the Star Wars Classics bundle (Super Star Wars (SNES), Racer's Revenge (PS2), Bounty Hunter (PS2) and Jedi Starfighter (PS2)) for a measly price of $599.

Of course, the game also comes out today and while the controller was initially planned for release today as well, its release has been pushed back to an undetermined date.

Join HWZ's Telegram channel here and catch all the latest tech news!
Our articles may contain affiliate links. If you buy through these links, we may earn a small commission.
Previous Story
Ultimate Ears launches new social DJ feature for UE BOOM speakers
Next Story
Short on gift ideas? Look no further than Ban Leong's IT hampers!