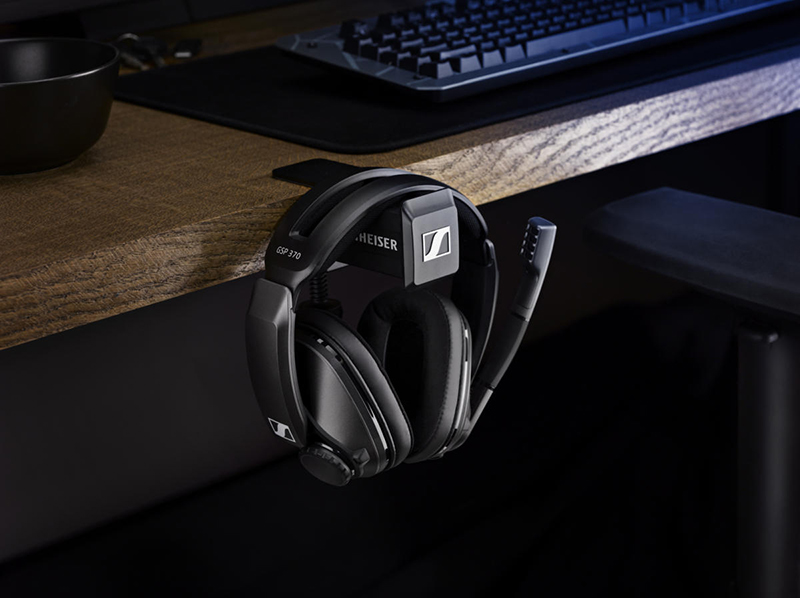 Many wireless gaming mice offer pretty decent battery life today, but wireless headsets haven't exactly caught up with them. The recently announced Sennheiser GSP 370 could be the one exception to that though, with its impressive claim of up to 100 hours of battery life. The company calls that "unprecedented", and that's not actually much of an exaggeration.

You'd expect that Sennheiser managed this by cramming in a super large battery, which could mean a rather heavy headset. That's not the case though, and the GSP 370 is reasonably light, weighing in at roughly 272g. This is particularly important for staving off fatigue if you intend to use the headset for marathon gaming sessions. It seems like Sennheiser is squeezing out those hours from improvements it made to power efficiency, which is arguably more impressive.

The GSP 370 will work with the PC, Mac, and PS4. Sennheiser is also promising low latency and near-zero delay via its USB dongle, in addition to the audio quality it's known for. The headset utilises a closed-back design based on the GSP 300, which received generally favourable reviews as well.

The memory foam ear pads are a mix of a leatherette exterior and suede-like interior, the latter of which should be more breathable. In addition, the ear cups have ball-joint hinges, so they can rotate to fit your head for a more comfortable fit.

Elsewhere, the unidirectional boom microphone can also be muted by simply lifting it up, and it has noise-cancelling features to minimise any background noise. A large volume wheel sits on the right ear cup to provide easy access to adjustments.

The GSP 370 can only operate wirelessly, but the good news is that Sennheiser will let you charge it over micro-USB and use it at the same time, so you don't have to interrupt your gaming session.

Join HWZ's Telegram channel here and catch all the latest tech news!
Our articles may contain affiliate links. If you buy through these links, we may earn a small commission.
Previous Story
Hideo Kojima is taking Death Stranding on a world tour, will visit Singapore
Next Story
Rumour: New iPad Pro to be ready only early next year