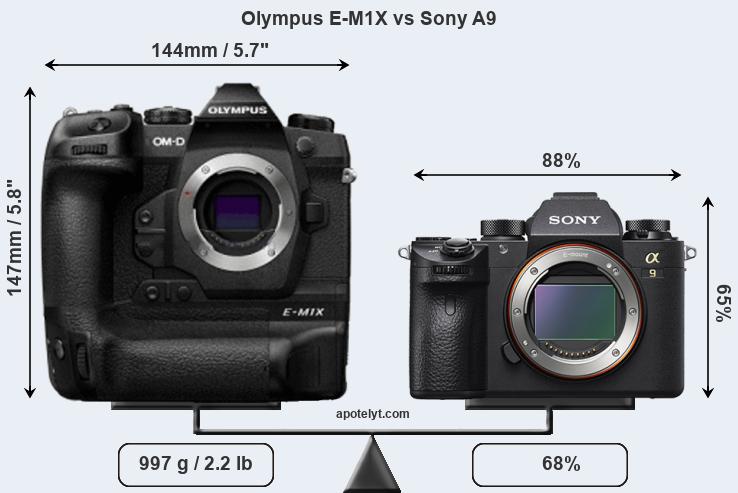 If you needed anymore confirmation of a leak – camera site Apotelyt has added the upcoming OM-D E-M1X to their database so you can compare it against pretty much any camera in the market now. In this comparison against the Sony A9 though, it seems like the E-M1X is built for speed, with a capture rate of up to 18 fps with its 20.2MP Micro Four Thirds sensor. Surprisingly, it appears the E-M1X will have a longer life than the A9 with a maximum 870 shots on a full charge compared to the 650 shots of the A9 battery.

That would be quite an accomplishment for a mirrorless camera, but the trade-off is apparently size. The E-M1X seems to be some 35% taller and 12% wider than the A9. It’s also said to weigh 997g compared to the 673g of the Sony. Given that one of the main selling points of the Micro Four Thirds is the smaller size and lighter weight, this would be a trade-off from their traditional strengths for higher performance. Would that bring in professionals seeking higher performance, or turn off their existing customers who value the lighter weight and smaller size above all?

Join HWZ's Telegram channel here and catch all the latest tech news!
Our articles may contain affiliate links. If you buy through these links, we may earn a small commission.
Previous Story
Samsung unveils a 15.6-inch 4K OLED panel for laptops
Next Story
Dell made a 75-inch 4K touchscreen blackboard for schools