Note: This article was first published on 7th December 2016. 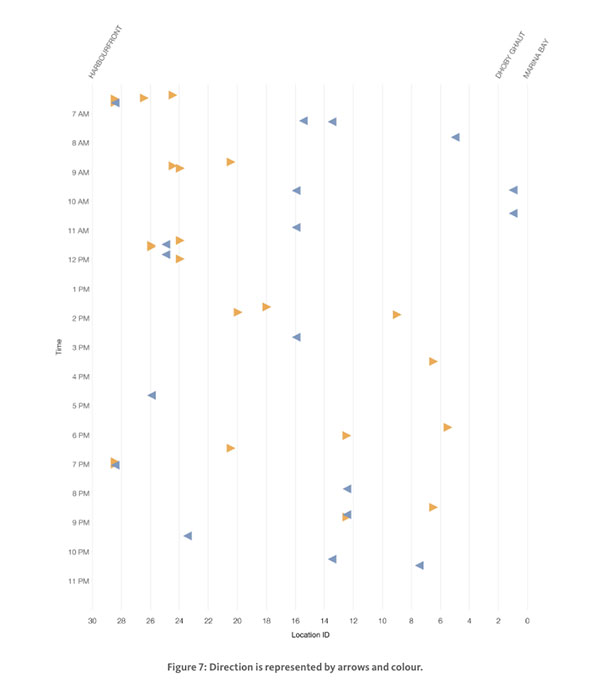 Data scientists from the newly set-up Government Technology Agency of Singapore (GovTech) have written a blog post plotting how they sifted through the mountains of data to solve the mystery of the SMRT Circle Line.

From August of this year to November, signal interference on the Circle Line caused a host of problems (around 300 cliches in total, according to the Straits Times), culminating in a serious service disruption on November 2. The Circle Line disruptions were investigated by a multi-agency team from LTA, SMRT, a DSO National Laboratories team, DSTA engineers and GovTech scientists.

The team from GovTech cleaned up, extracted and plotted the massive dataset from SMRT to find significant patterns. Previously, SMRT and LTA had already ascertained that the incidents were caused by signal interference, which lead to loss of signals in some trains. After losing communication and losing their place on the network for three seconds, the trains would deploy emergency brakes as a safety measure. This lead to jerky and delayed rides.

When the GovTech team parsed time, location and direction through a “Marey Chart,” the team discovered that the train breakdowns would happen in sequence, when a train was hit by interference, the train moving behind got hit thereafter. 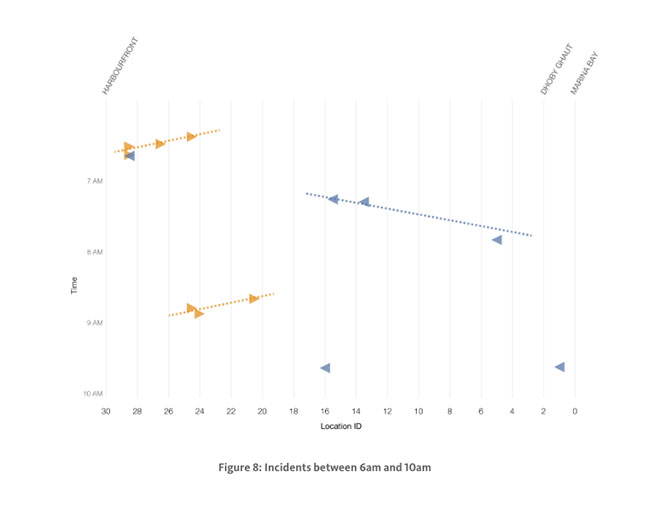 The team saw that there seemed to be a “trail of destruction” that moved through the tracks, leading to the suspicion that the cause of the interference might be a train that was moving through the opposite track.

When they ran this “rogue train” hypothesis through the data, they discovered that a non-trivial 73% of the emergency braking incidents could be explained. Their investigation eventually led them to inspecting the trains in the Kim Chuan Depot to find the “rogue train.”

The whole blog post is fascinating, if complicated — you’ll probably need a degree in computer science to fully understand it. But it’s an eye-opening account into how data science can help solve real-world problems (and push the case further for a Smart Nation).

While the whole mystery of the Circle Line signal interference was finally solved, MetaFilter member destrius makes a few interesting points in a follow-up comment. According to the comment, the wireless communications system in the trains runs on top of 802.11, or Wi-Fi, in other words. If a “rogue train” could overwhelm the Wi-Fi network and cause loss of communications, couldn’t a “rogue agent” also do the same?

Thumbnail image of the Circle Line is an ST photo from Seah Kwang Peng.