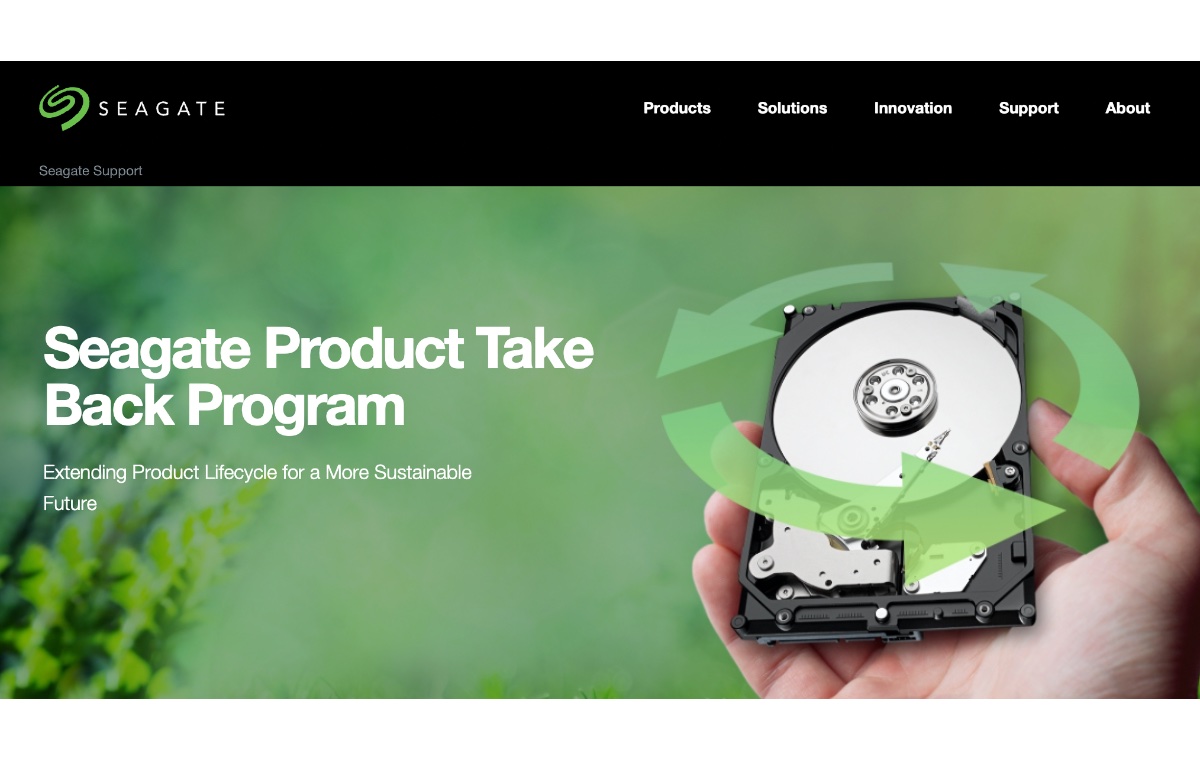 Seagate is announcing the launch of its Seagate Product Take Back Programme in Singapore. First rolled out in Taiwan in January, Singapore is the second country in the world this is coming to. Seagate wouldn’t comment on any further dates for the programme to launch in other countries.

As part of Seagate’s sustainability initiative, it takes a user’s old or used Seagate, Maxtor, and LaCie HDDs, securely erases all their data and recertifies them for placement back into the market. In return, the user will receive an e-voucher for their next Seagate drive purchase.

With regards to secure SSD erasure, Seagate said that while SSDs can be securely erased as well, they currently aren’t included in the programme as they have a relatively longer lifecycle and need a different approach as compared to HDDs. Seagate’s Senior Director of Customer Service Operations, Tan Mui Keow added, “We are still exploring and will be adding them to the programme in the future.”

The secure erasure is conducted using standards developed by Seagate, the National Institute of Standards and Technology (NIST) and the International Organisation for Standardisation (ISO).

To sign up for the Seagate Product Take Back Programme, end users register their drives through the Seagate website and return any eligible drives to a Seagate Return Centre. Upon receiving the drives, Seagate will conduct verification and validate the drives. With every valid drive verification, the end user will receive a S$15 e-voucher, which is redeemable at Seagate’s official Shopee store for any hard drive purchase.

But customers should note that if the HDD is still within its warranty period, they have to decide whether to send it for repair and data recovery, or erasure under the Seagate Product Take Back Programme. They are unable to choose both.

Interestingly, after erasure and validation, Seagate says that the HDDs can be "recertified for placement back into the market", meaning that they will be identified and resold as “recertified” products said Tan. There will be no change to their original specs and can be used as per their original requirements. As to their new pricing, Seagate said that this would be determined by retailers.

This looks like a pretty good deal for both Seagate customers and Seagate. Seagate gains a pool of drives for a low price they can resell into the market. Seagate customers can have peace of mind that their data is securely erased and won’t be exposed. They also get some vouchers towards the cost of a replacement HDD.

Join HWZ's Telegram channel here and catch all the latest tech news!
Our articles may contain affiliate links. If you buy through these links, we may earn a small commission.
Previous Story
Google’s Nearby Share may get a new Self Share feature for seamless transfers between your devices
Next Story
Nomad unveils 65W dual-port GaN USB-C charger