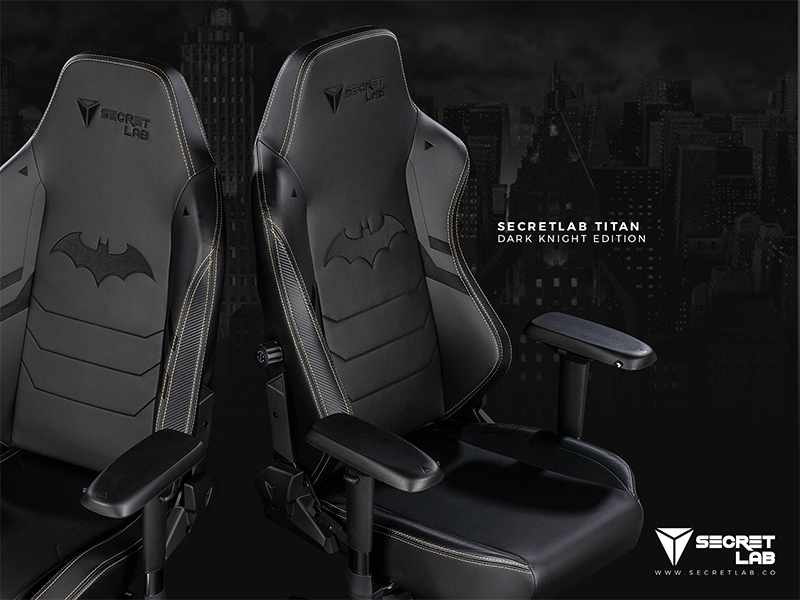 Secretlab has announced a collaboration with Warner Bros. Consumer Products and DC to celebrate the 80th anniversary of the Dark Knight. Yes, you heard that right. You can now buy a Batman gaming chair.

The chairs feature the Dark Knight's emblem on the backrest in intricate stitching, complete with a patterned back that almost makes it look like it could be the seat of the Batmobile. The design is topped off with subtle yellow stitching, which stands out nicely against the black suede.

The new tie-up is just the latest in a series of high-profile collaborations for Secretlab in the past month. The company is on quite a roll here, having also announced a deadmau5-branded chair, an LCS Edition chair for League of Legends fans, and also a partnership with English footballer Dele Alli.