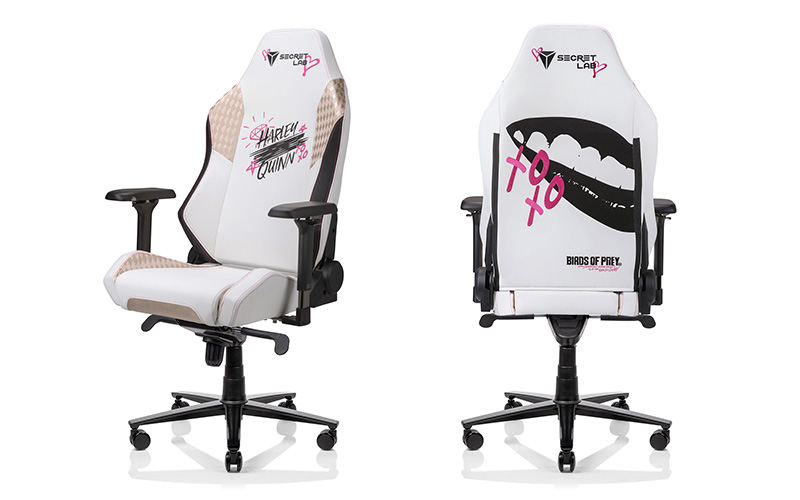 Can't get enough of Margot Robbie's Harley Quinn in Birds of Prey? Secretlab may just have the answer to that. The company today announced the Secretlab Birds of Prey Limited Edition chair, based on the DC character's role in the new Birds of Prey movie.

This marks the second time Secretlab has teamed up with Warner Bros. Consumer Products and DC. Last year, it released the popular Dark Knight Edition gaming chair for Batman fans to celebrate the 80th anniversary of the caped crusader.

The new chair is inspired by one of Harley Quinn's many unique outfits in the film, featuring a cream-coloured body and striking gold diamond-patterned leatherette patches on the side wings and insides of the seat base. Harley Quinn is flamboyant and more than a little crazy, and the chair mirrors her mercurial nature with almost frivolous touches, such as her signature scrawled messily on the backrest and graffiti hearts that frame the Secretlab logo. 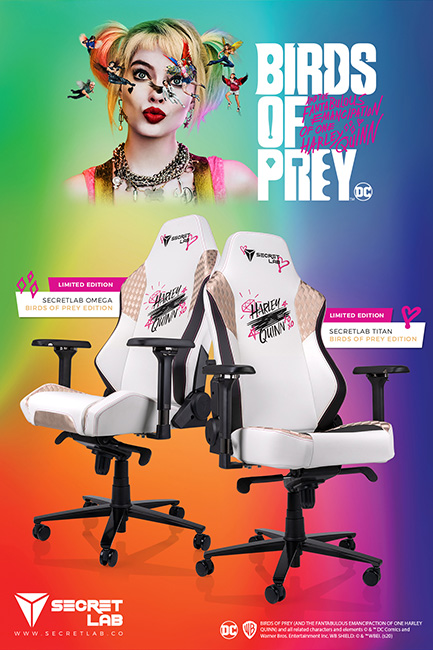 To cap things off, a pop art twist on her iconic lipstick kiss adorns the back of the chair, in case you're ever in doubt that Harley Quinn is more than just the Joker's ex-girlfriend.

The Birds of Prey Limited Edition model is based on Secretlab's 2020 series of chairs, featuring the same adjustable armrests and upgraded PU leather.

Unlike the Dark Knight Edition chair though, only 200 units of the Secretlab Omega and Titan Birds of Prey Limited Edition will be produced worldwide for sale on Secretlab's website.