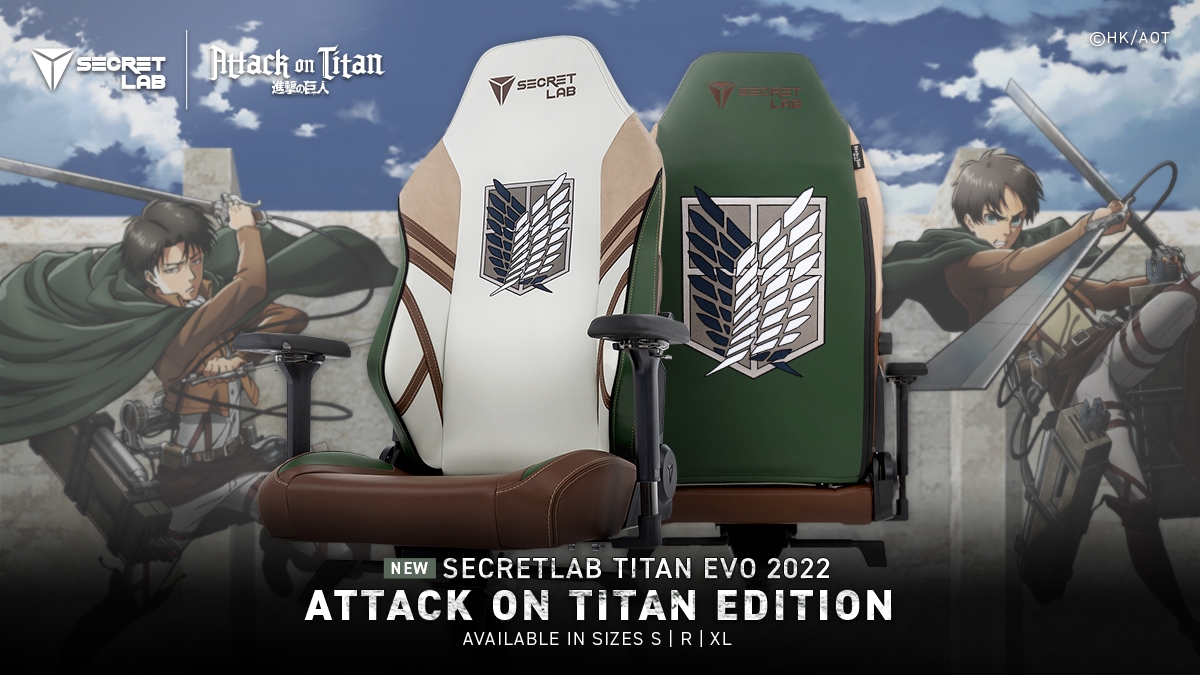 If you've ever read through Hajime Iseyama's Attack on Titan manga or seen the anime adaptation of it, you'll probably know that three sky-high Walls feature very prominently in the series - Wall Maria, Wall Rose, and Wall Sheena.

These huge defensive barriers help keep the remnants of humanity safe from massive man-eating humanoids called Titans, and that's where the title of the series comes from (duh.). But with Secretlab introducing their new set of AoT-inspired gaming chairs, we might soon need to start worrying about a completely different type of Wall.

Now, if you still haven't figured out where this joke is going, I'm talking about "Wall-ets" here. Awful pun aside, here's what we know about Secretlab's new collab range. Designed in collaboration with Funimation to celebrate the final arc of the anime, these chairs use their TITAN EVO 2022 Series as the base (heh.) and come upholstered in the brand's proprietary NEO Hybrid Leatherette.

Delving into the design, fans of the AoT series will instantly recognise the Scout Regiment emblem on the backrest, and when coupled with the trademark colouration of the regiment's uniform, these chairs will definitely fit in nicely with the rest of your AoT memorabilia. Of course, it also goes without saying that like every other Secretlab chair, they're immensely comfortable and durable too, and they should serve you well regardless of whether you're gaming or simply working on your computer. 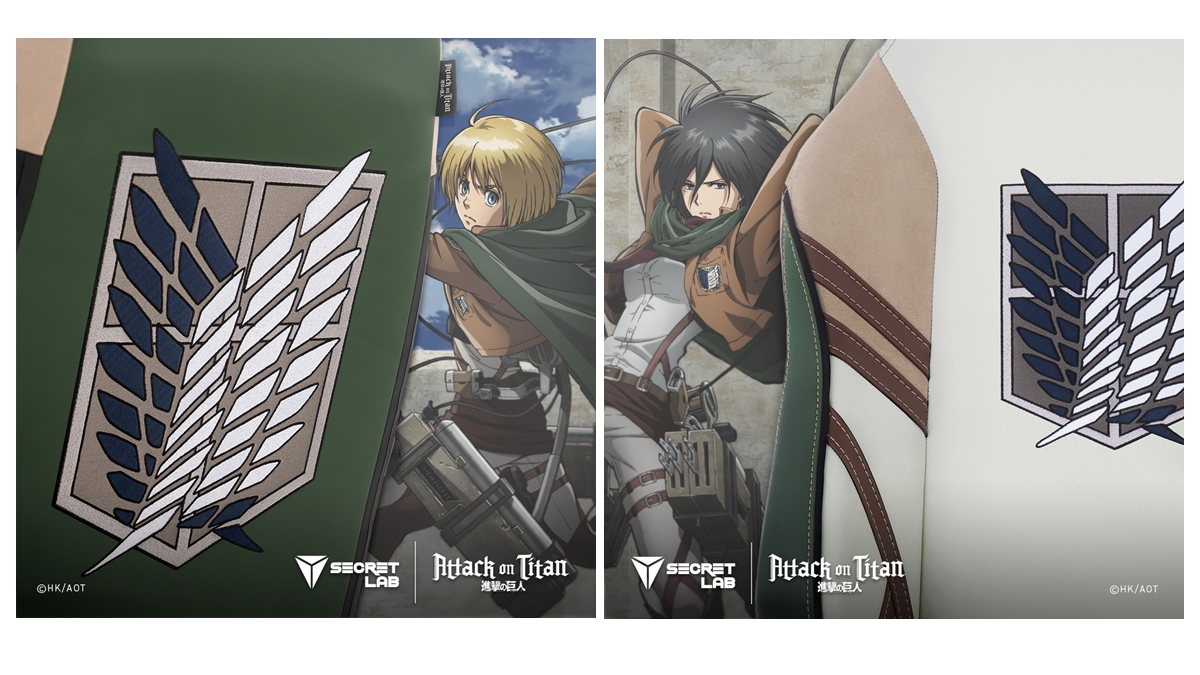 As for their availability, at the time of writing, the first wave of pre-orders has already opened for the U.S., U.K., EU, and Canada, but unfortunately, Secretlab notes that they aren't going to be available in Singapore just yet. A concrete date hasn't been provided either, but you can still go ahead and express your interest via this website in the meantime.

Amusingly, the aforementioned Scout Regiment emblems and colourations aren't the only bits of fanservice Secretlab has thrown in. Apparently, every purchase of a chair also comes with a set of leather wipes that...wait for it...features an image of the ever-popular Cleaning Levi on the packet cover, and it's nothing if not hilariously appropriate! 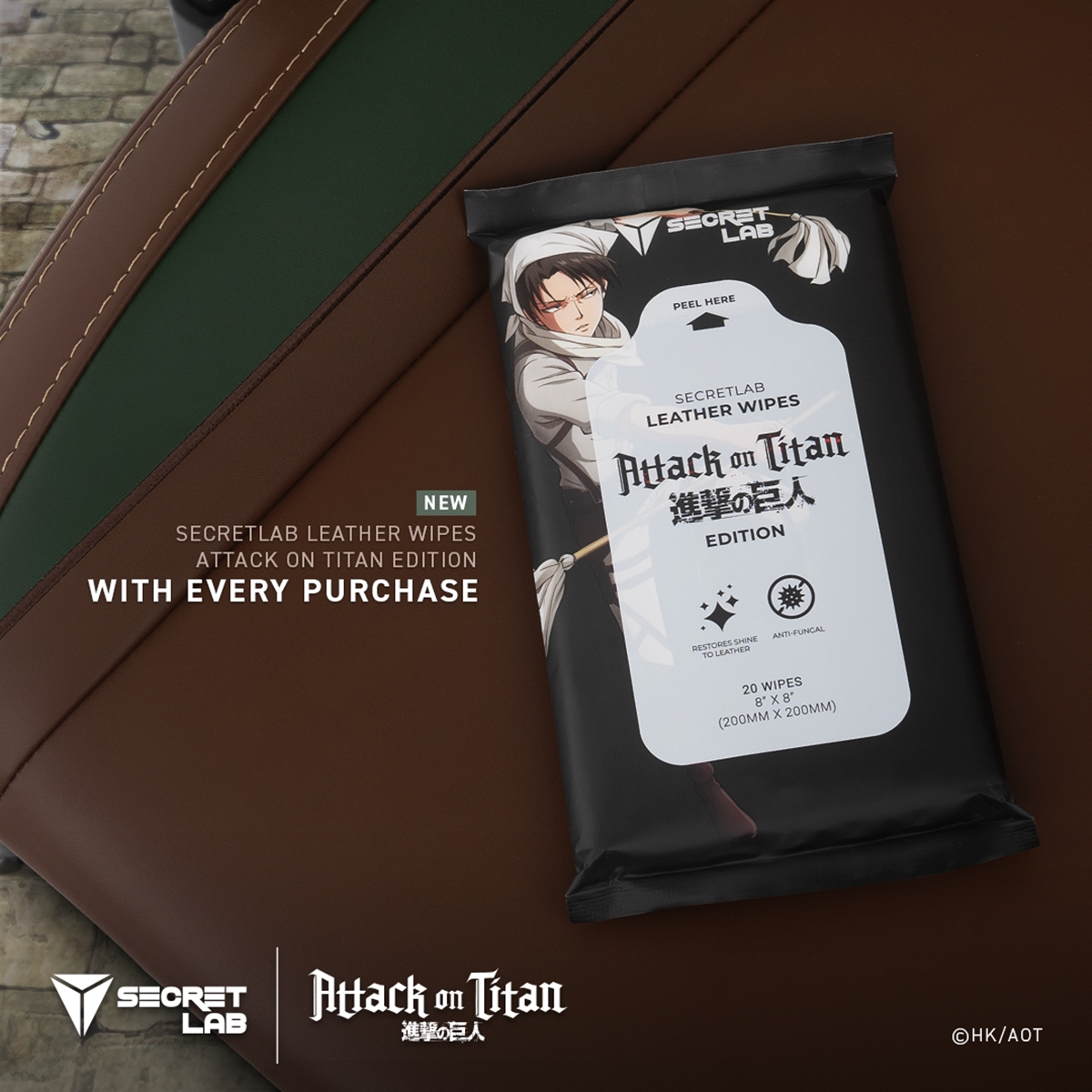 Join HWZ's Telegram channel here and catch all the latest tech news!
Our articles may contain affiliate links. If you buy through these links, we may earn a small commission.
Previous Story
Samsung Galaxy S22 Ultra variants are selling out fast in Singapore
Next Story
Source code reveals Apple's upcoming OS for the AR/VR headset