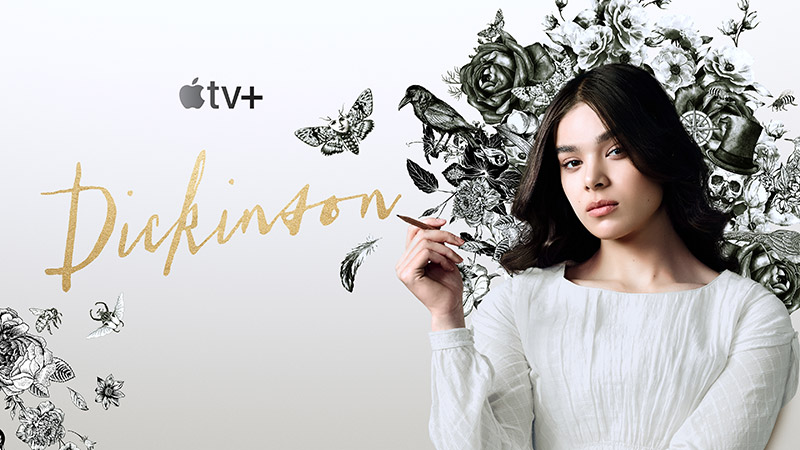 Dickinson, easily one of the standout shows in Apple TV+’s early catalogue, is back for round 2.

According to Apple, Dickinson — Season 2 will premiere on Fri, Jan 8, 2021 exclusively on Apple TV+. Like season one, the first three episodes will drop the same day, followed by new episodes every Friday. Apple has also announced that it has renewed the series for a third season.

In the second season, Emily Dickinson (Steinfeld) is pulled out of her private literary life and thrust into the public eye, while struggling with the sense that the pursuit of fame might be a dangerous game for her to play.

In addition to Hailee Steinfeld, season 2 of Dickinson will see the return of familiar faces such as Jane Krakowski, Anna Baryshnikov, Ella Hunt, Toby Huss and Adrian Blake Enscoe. Wiz Khalifa is back, too, as Death (who else!).

But there are also new characters. Apple has confirmed several new guest stars, including Nick Kroll as Edgar Allan Poe, Timothy Simons as Frederick Law Olmsted, Ayo Edebiri as Hattie and Will Pullen as Nobody. Recurring guest stars include Finn Jones as Sam Bowles and Pico Alexander as Ship.

Join HWZ's Telegram channel here and catch all the latest tech news!
Our articles may contain affiliate links. If you buy through these links, we may earn a small commission.
Previous Story
Apple to extend early Apple TV+ subscriptions, says report
Next Story
Android has a new feature that alerts you to critical household sounds