Here's how Seagate's new hard drives may be better, faster, and cheaper

Note: This article was first published on 5th January 2021.

Hard disk drives (HDD) from Seagate might see a performance jump in future as a functional, RISC-V architecture-based processor was demonstrated to work in HDD with numbers of “up to triple the performance for real-time, critical HDD workloads versus current solutions.”

For the unfamiliar, RISC-V (pronounced as 'risk-five') processor is similar to ARM processors found in iPhones and Android mobile devices as they both use the RISC-style instruction set architecture (ISA). The main difference between ARM and RISC-V is that the latter is open-source, while ARM licenses a series of RISC based processor designs and are also open to licensing specific designs for vendors at a cost. For product-oriented companies, that means they can use and develop RISC-V based processor without paying for licensing and royalty fees.

Admittedly, there are downsides to adopting new technologies. And it begins with engineering costs; testing, research, and assessment of feasibility require time and money before showcasing proof of concept.

However, adopting an open-source standard comes with benefits, like security, versatility, and control over the chip design. 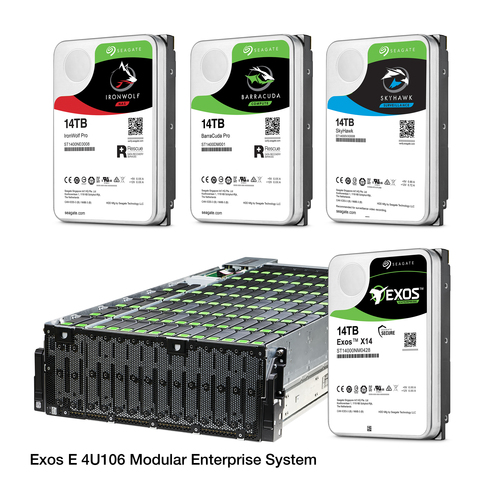 That being said, Seagate’s risks have paid off as they currently have two on-going developments.

The first is the high-performance core mentioned at the beginning, while the second is an area-optimised core that is designed to be flexible and skews towards efficiency and footprint used on a hard drive. The area-optimised core has passed the design phase and is moving towards being manufactured.

For us mere mortals, it might be a while before any of these performance improvements materialise in our desktop hard drives, especially when Solid State Drives (SSD) prices are falling and capacities are increasing. Still, these developments are important and might one day, fall into our laps. Even if it doesn't, it could reduce hard drive costs and increase performance where it matters most like edge computing and cloud computing needs.

Join HWZ's Telegram channel here and catch all the latest tech news!
Our articles may contain affiliate links. If you buy through these links, we may earn a small commission.
Previous Story
Netflix reveals a first look and release date for the Shadow and Bone adaptation
Next Story
Phone makers can now buy and use Samsung's foldable displays