Screen sharing comes to Messenger on iOS and Android

Screen sharing comes to Messenger on iOS and Android 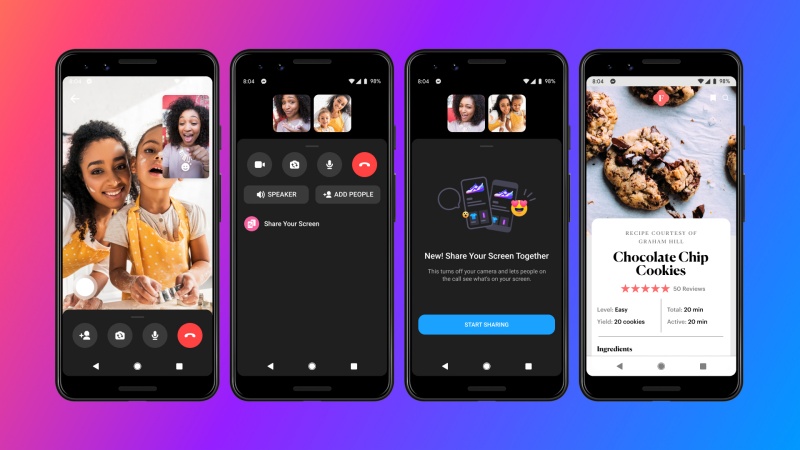 Facebook just announced that screen sharing feature is coming to the Messenger app on iOS and Android.

Users can share a live preview of their screen with friends and family in one-on-one or group video calls with up to 8 people and up to 16 people in Rooms. They can browse the camera roll, view social media posts or shop together online.

Screen sharing is also available in Messenger Rooms with up to 16 people on web and desktop. Facebook will soon expand the limit to 50 within Messenger Rooms and add the ability to control who can their screen in Rooms.

Screen sharing is now available globally on the latest versions of Messenger's Android and iOS apps, desktop app and Web.